Details surface of Kanye West and Kendrick’s relationship on tour 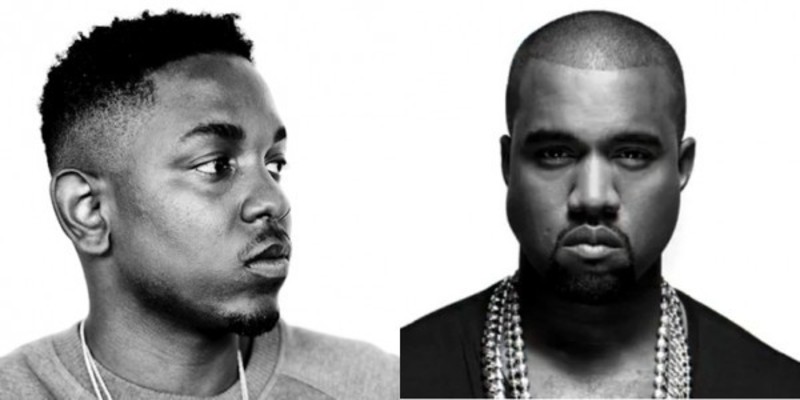 Late last year, when Kanye West embarked on his first solo tour in five years, he brought along Kendrick Lamar as his primary opening act. Even though Lamar had already well established himself as an A-lister with 2012’s good kid, m.A.A.d city, the decision was still seen by many insiders as a sizable career bump for the Compton emcee.

As it turns out, though, not everyone was as excited for the opportunity. Namely, the management at Lamar’s label, Top Dawg Entertainment. In an interview with The New York Times Magazine, TDE president Terrence “Punch” Henderson said that the label had wanted Lamar to focus on other, more substantial priorities. “Believe it or not, we were actually trying not to do the tour,” Henderson said. “We wanted Kendrick to be recording that whole time.”

So, why conceivably turn down a spot on arguably one of the biggest hip-hop tours of the last several years? As the Times explains, Lamar had already been on the road for some two-plus-years, and since TDE is rather meticulous with its album release schedule, the label didn’t want to delay Lamar’s new album further. However, since Kanye’s team “wasn’t taking no for an answer”, TDE solved the issue by supplying Lamar with a studio bus.

Lamar also told the Times that Kanye’s camp was so insistent on having Lamar as opener because he wanted him to play a more substantial role. “Kanye said he didn’t want to make it seem like we were just the opener,” he said. “It was dope to have the actual headliner of the show want my show to be just as good as his.”

While West may have wanted Lamar’s help to put on a good show, he clearly wasn’t looking for a new buddy. During the tour, the Times’ own Lizzy Goodman shadowed Lamar around the entire time.  As she explains, it took some three weeks before Lamar and Kanye were even in the same room together, a bromantic moment that lasted all of 30 seconds.

“Lamar knew people wanted to think this was happening between him and West,” Goodman wrote. “He obliged within reason, dutifully explaining to journalists how much he was learning from West or telling an employee of his label who asked if they had been hanging out, “We haven’t really got an off day yet to chill out, but that’s the plan.” But a mentor-mentee relationship wasn’t what was expected or desired, and it certainly was not what was happening.”

Regardless, the Yeezus tour went on to be quite the financial success, grossing some $25 million over 18 shows. And the rest they say, dear boys and girls, is history.

Below, watch fan-shot footage of the pair’s October 19th, 2013 stop at Seattle’s KeyArena: