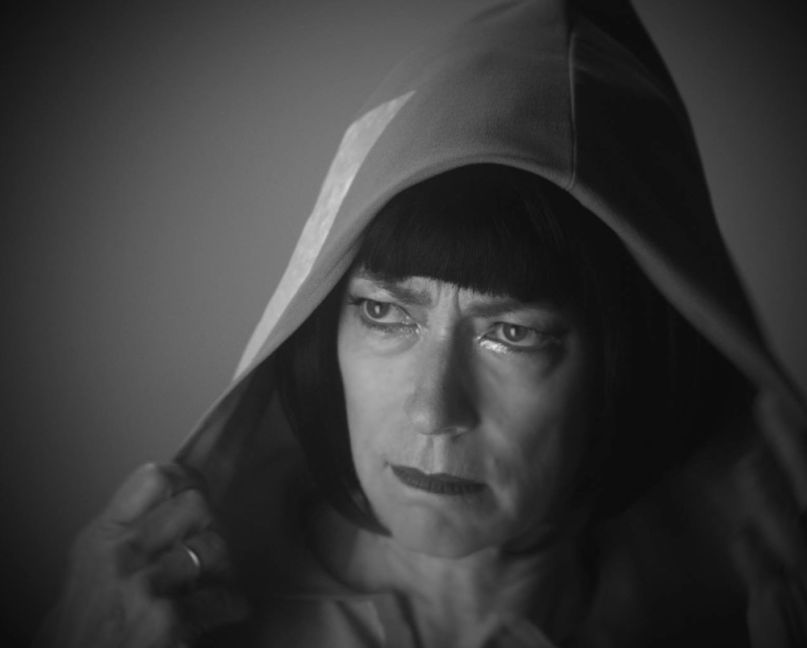 Last September, a short film by Marcel Dzama called Une Danse Des Bouffons (The Jester’s Dance) premiered at the Toronto Film Festival. Not only did it feature Sonic Youth’s Kim Gordon in a leading role, but a score done by Dzama and longtime friends/collaborators Will Butler, Jeremy Gara, and Tim Kingsbury of Arcade Fire.

Now, the four-song soundtrack will finally see an official release as a 7-inch, included in the upcoming music issue of The Believer, which hits streets next week. According to the magazine (via Pitchfork), the score consists of “haunting, largely instrumental” music, and won’t be issued via any other outlet.

Although Gordon showcases her acting chops in the film (wearing a stylish jet-black wig!), Dzama originally wanted her to also contribute to the soundtrack.

“There was actually a scene where I was going to have Kim sing a disco song in it. We made this whole disco song that was really great, but I got shy about asking Kim to sing,” he told Huffington Post last year. “So then I didn’t put that part in the film.”

Below, check out the score’s artwork, followed by a description for Une Danse Des Bouffons and a trailer, which features Gordon.

In this Dadaist love story “Une Danse Des Bouffons/A Jester’s Dance”, there are many recurring themes: death and rebirth, multiple identities and doppelgängers, false prophets, love and love lost, the corruption of power and fragility of what is real or true.

Using a recreation of Marcel Duchamp’s Étant Donnés, a trickster of old mythology awakens Maria Martins (played by Kim Gordon and Hannelore Knuts) from the sculpture. She finds her lover (a captive Marcel Duchamp) forced to recite chess moves to an unknown game. So Maria must enter a deep rabbit hole to save her love.