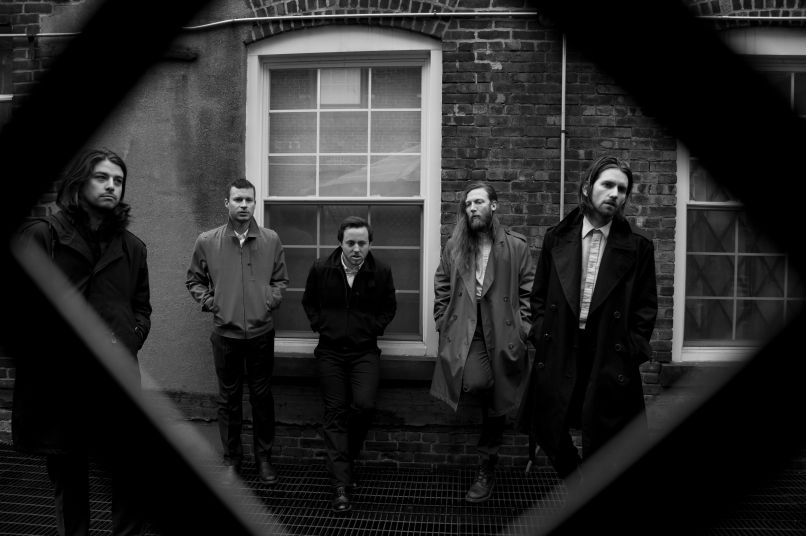 Delta Spirit are set to release their fourth studio album, Into The Wide, on September 9th via their new label Dualtone Records. Produced by Ben Allen (Deerhunter, Cut Copy), the follow-up to 2012’s self-titled effort is billed as the Brooklyn-via-California band’s “moodiest recording yet”.

Despite such claims, you wouldn’t hear such sentiments on the 12-track record’s lead single, “From Now On”. Though not as sunny as earlier singles, specifically “Trashcan” or “California”, the track still has a booming chorus, as frontman Matt Vasquez warmly sings, “From now on, I’m gonna be a friend” over soaring, arena-ready guitars.

In an interview with Esquire, Vasquez said the song came to him when he was stuck alone one day in the band’s rehearsal space, which they lovingly nicknamed Rat Cave.

“It’s one of those things where the energy of the song started in a demo and started a lot like My Bloody Valentine,” he said. “We went up to Woodstock and spent a weekend jamming, and that’s how the lyrics and music came together. We were just up in Woodstock having a good time, and when we were doing the pre-production up there, it just felt like we were doing the first record again, where we were having so much fun in a cabin. It’s just one of those songs you write and you think back on eight, almost nine years of solid friendship, a decade-plus in some cases.”