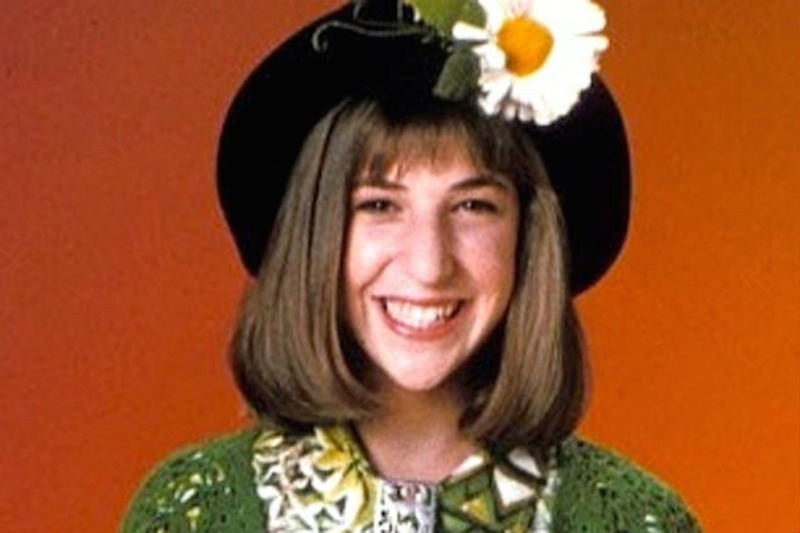 Mayim Bialik is a woman of many faces. We first grew up with her as Blossom Ruby Russo in the ’90s and currently watch her nerd talk about neuroscience as The Big Bang Theory‘s Dr. Amy Farrah Fowler. (Or, at least I do.) Now, it appears she’s taken on a new persona, Mayim Bialik the rapper. Well, sort of.

The former Blossom star has contributed to 2776, a forthcoming, star-studded comedy album whose proceeds benefit the charity OneKid OneWorld. Bialik rhymes on a song called “Journey to Anywhen”, which also happens to feature funnyman and Comedy Bang! Bang! leader Reggie Watts. Below, listen to her spit about Clarissa Explains It All and the glories of 1991 (via USA Today):

The album’s co-creator, Joel Levinson, spoke about the track:

When things started rolling with the album and we realized that we were getting artists way beyond what we ever thought we’d get, we had a quick phone call and decided to each make a list of 50 absolute dream-reach musicians we’d love to write comedy for. I turned to my iTunes and added Right Said Fred. I was flabbergasted when (he) wrote back to us, and beyond excited.

(Writing the song) got us talking about how awesome 1991 was — or at least, how important it was to an 11-year-old. And you know who else was at the top of the world in 1991? Mayim effing Bialik. It became instantly obvious that we wanted her to rap on it. … (Co-creator Rob Kutner) reached out to her, and she was down.

Reggie got into the studio and blew our minds with his beatboxing … (We) sent it off to Right Said Fred in London to add the killer vocals (including the surprisingly sexy delivery of “sit in the back seat and shut the f–k up”).