Listen: Morrissey debuts “Kick the Bride Down the Aisle” 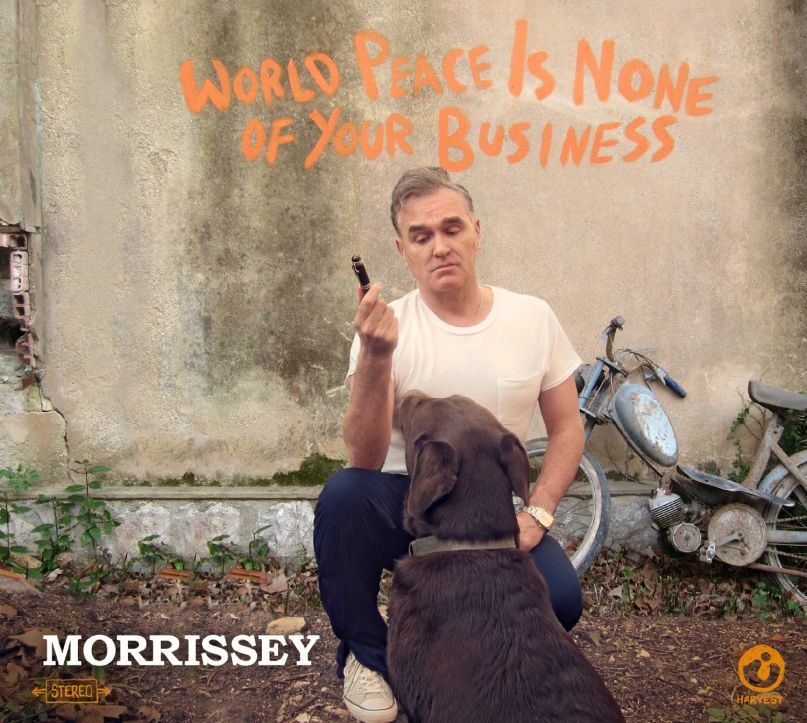 Of all the ridiculous song titles on Morrissey’s new album, “Kick the Bride Down the Aisle” definitely stands out among the pack. Sure, there’s “Neal Cassady Drops Dead” and “Smiler with Knife”, but neither of those capture the same immediate sense of brutal honesty and overt directness. Now, thanks to a live recording taken from a recent tour stop, we get our first taste of the album’s 10th track.

Like “Earth Is the Loneliest Place” and “Istanbul”, “Kick” is anchored by Morrissey’s trademark blend of theatricality and melancholy, his croon bellowing over folksy guitars and more mandolin. Even in the unpredictable live setting, there’s a different sensibility that abounds, something more grand and swelling ala The Smiths. I can’t say if it’s a love song, but I’m surely feeling the ol’ heart muscle movin’ and a groovin’.

World Peace Is None of Your Business is due out July 15th through Harvest Records. In support, Morrissey’s been on tour for a couple months, cancelling just two shows during the entire run. (Golf claps all around.) Consult his remaining itinerary here.