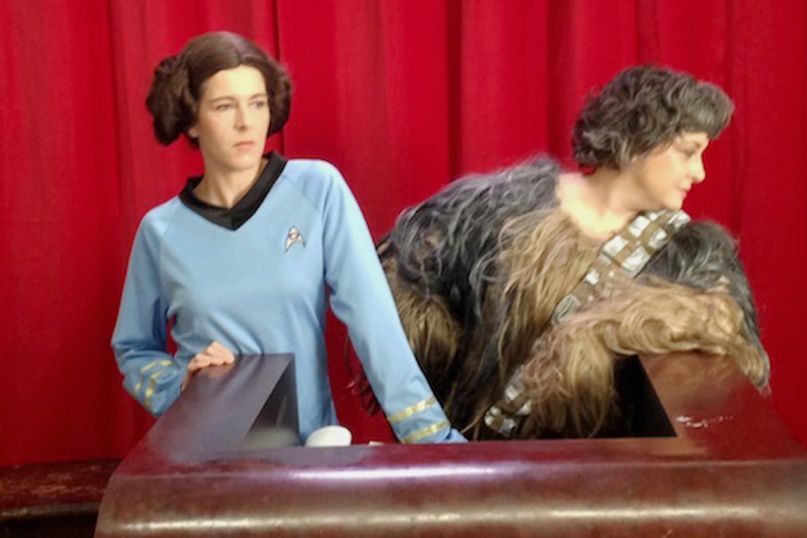 Neko Case isn’t just one of the best songwriters of our generation; as evidenced by her recent appearance on Comedy Central’s @Midnight, she has pretty brilliant comedic chops, to boot. Now, she gets a chance to combine both talents in a hilarious new song set to appear on 2776, a new benefit comedy album curated by The Levinson Brothers and Rob Kutner.

With the intent to raise money for eduction in impoverished areas, 2776 sees musicians (Ya La Tengo, Aimee Mann) and comedians (Ed Helms, Patton Oswalt) “tell the story of America’s past, present and apocalyptic future”. For her part, Case teams with longtime collaborator Kelly Hogan to imagine what the world will look like in the year 2091. Not sure how realistic it is, because in Case’s alternate reality, “the future was designed by teenage guys,” and we all know if that were the case, the apocalypse would happen long before 2091. Regardless, Case and Hogan call for a revolution, because “If we designed the future it would smell so much better, there would be no war, just Greco-Roman wrestling,” there would be “no waxing, no shaving,” and “we’ll finally get equal pay but no one’s gonna work so who cares anyway?”.

Needless to say, Neko Case 4 President. Listen in below (via Paste).