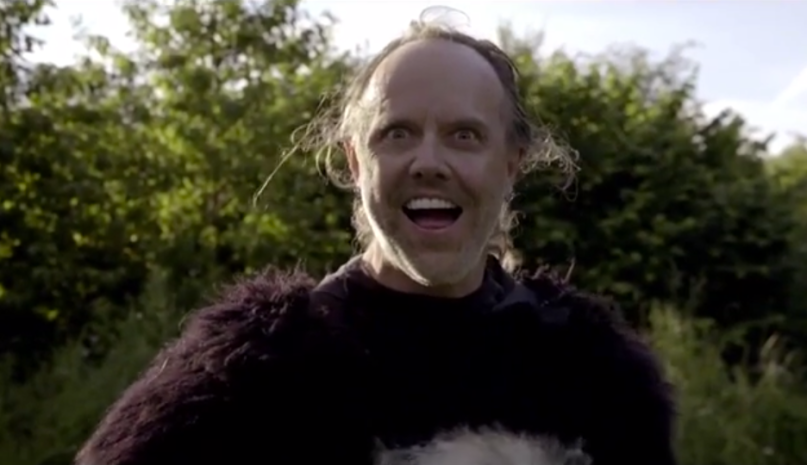 One of the main point of contentions over Metallica’s headlining set at Glastonbury was frontman James Hetfield’s involvement in a mini-series about bear hunting. As NME reports, the band addressed the criticism prior to tonight’s performance with a eight-minute short film. Directed by Julien Temple, it spliced together scenes from The Good, The Bad and The Ugly and an English fox hunt, which culminated in four bears shooting rifles at hunters. The bears were later revealed to be the four members of Metallica wearing masks. And it was all soundtracked by Ylvis’ “What Does the Fox Say” and Sweet’s “Fox on the Run”. Watch it in full below.

Metallica also poked fun at their critics with a t-shirt that featured various negative quotes about the band’s performance.