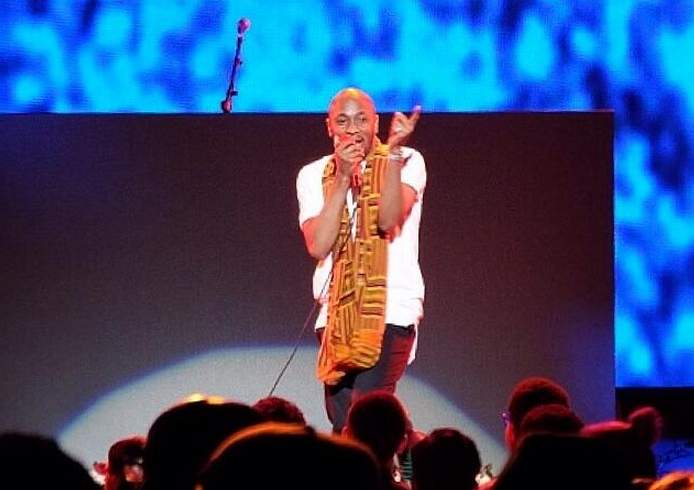 During Friday night’s show at Radio City Music Hall, Dave Chappelle welcomed Yasiin Bey, aka Mos Def, as special guest. Bey was previously rumored to have been prohibited from entering the U.S. after unexpectedly canceling a string of tour dates. This will no doubt fuel the rumors of Dave Chappelle being a member of the Illuminati.

As Complex points out, Bey reunited with his Black Star collaborator Talib Kweli and performed “Definition” and “Redefinition”, as well as solo cuts “Umi Says” and “History”. Watch fan-shot video of the performance below.

Bey appeared on Chappelle’s Show on several occasions, both as a performance and as a guest star in Chappelle’s sketches.  Revisit a few of those clips below.