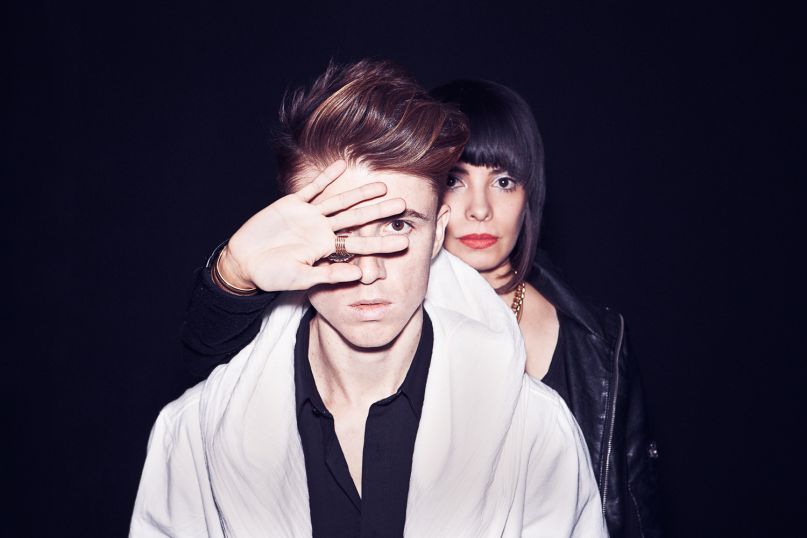 Shortly following the release of 2012’s Ghostory, New York’s School of Seven Bells began work on their follow-up album. Their plans were nearly derailed, however, when producer/guitarist Benjamin Curtis was diagnosed with a rare form of lymphatic cancer in early 2013. Though Curtis lost his battle to cancer last December, he still managed to finish recording all of his parts, even during lengthy chemotherapy treatments.

Now, his School of Seven Bells partner Alejandra Deheza has announced plans to finish recording what’s to become SVIIB’s fourth studio album. According to a press release, Deheza will make further announcements in the coming weeks. The group’s last release came with 2013’s Put Your Sad Down EP, which was recently reissued for charity.

To accompany the announcement, SVIIB has shared the video for Curtis’ final recording, a floating and lovely cover of Joey Ramone’s “I Got Knocked Down (But I’ll Get Up)”. Directed by Toby Halbrooks and Alan Del Rio Ortiz, the beautifully-shot clip finds Deheza wandering through the deserts of Indio and Joshua Tree, California. It’s an appropriately beguiling set of visuals for the track, which debuted just yesterday.

“Benjamin always held the desert very close to his heart,” Deheza said in a statement. “It was a really important place to him. I’m glad we were able to shoot this video where we did, for him.”

Watch it below (via CultureCollide):