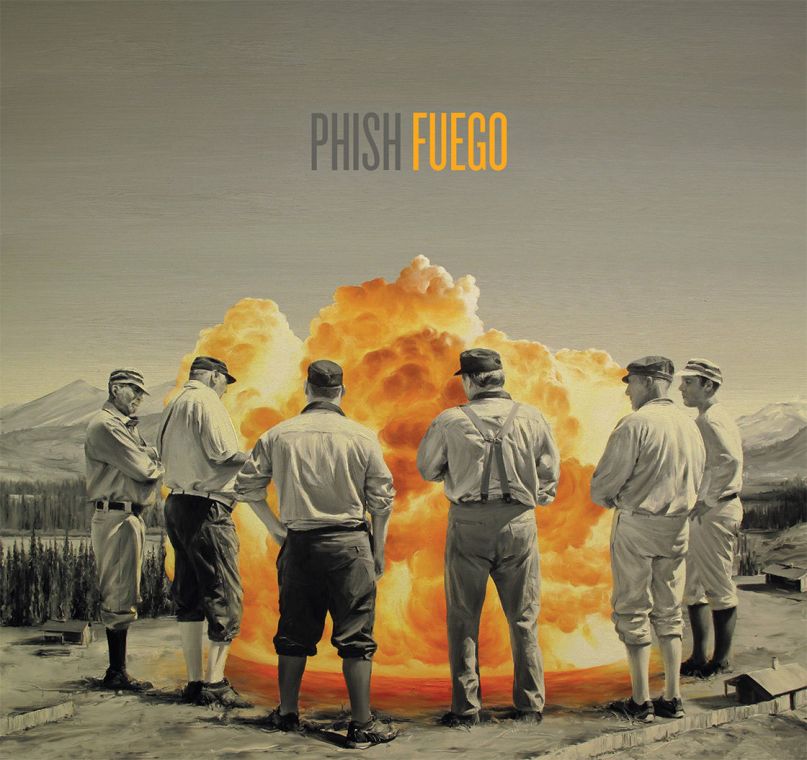 Phish’s new album, Fuego, is due out on June 24th through JEMP Records. In anticipation, the LP is streaming in full one week ahead of schedule. Listen in now over at NPR.

The hotly-anticipated record serves as the band’s 12th to date and was produced by veteran studio wizard Bob Ezrin (Peter Gabriel, Lou Reed, Pink Floyd). According to drummer Jon Fishman, the album captures the legendary jam band’s live energy more effectively than any other album.

“For years, there’s been a distinct difference between how we did things live and how we did them in the studio,” Fishman said in a press release. “But the way we go about things live, the way the musical ball is passed around, is now happening much more in the studio – not because we’re trying to duplicate how we play on stage, just because this is how we operate as a band, period.”