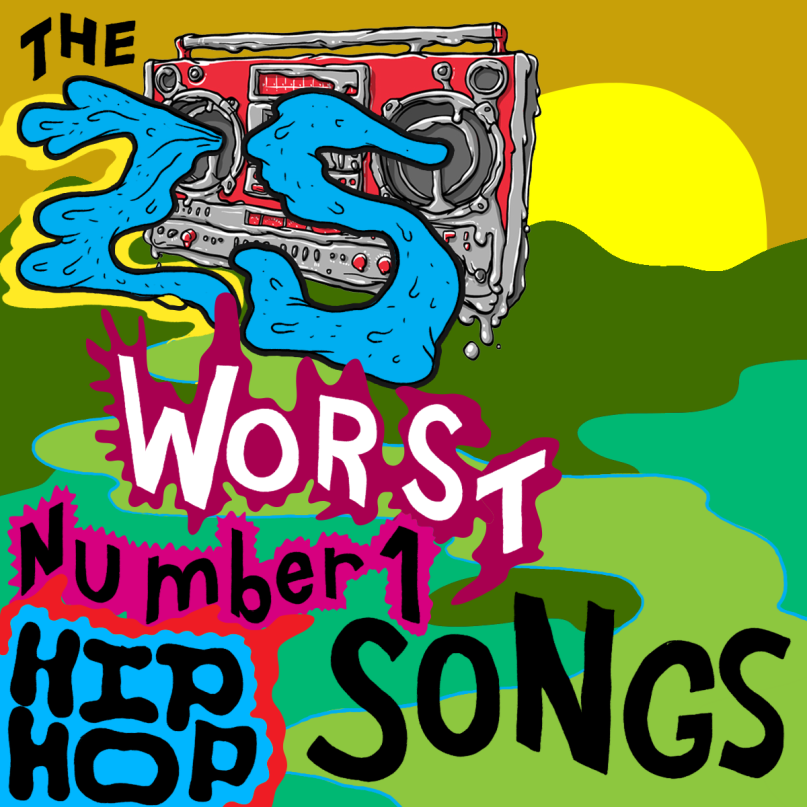 Hip-hop might be more susceptible to scrutiny than any other genre. They aren’t even playing real instruments, goes one non-argument. They’re just repeating the same thing over and over, goes another. It doesn’t even have meaning. Look, it’s easy to see why many listeners completely dismissed Waka Flocka Flame’s Flockaveli. For many, though, the bone-crushing force of that unlikely 2010 classic overrides its boneheaded repetition, even though it’s impossible not to notice that the best hooks barely eclipse, say, Bubba Sparxxx’s “Bootybootybootybooty rockin’ everywhere.”

Hip-hop’s mindless pleasures are many in number, and nowhere is that more evident than when looking at its chart history. Songs like Vanilla Ice’s “Ice Ice Baby” were released before most of America knew what hip-hop was, while the likes of Mims’ “This Is Why I’m Hot” simply glance at hip-hop’s short list of defining traits without attempting to deepen the formula. It didn’t take long before entire regions — particularly Houston, Atlanta, New Orleans, and other Southern hotbeds — were lamented for their foremost rappers’ lack of subtlety. While the drunken masses kept dancing, terms like “conscious rap” and “backpack rap” were coined and defended.

The following 25 songs have their charms — or, at least, it’s not hard to see why they sold so many records/ringtones. A few of us writers remember “Crank That (Soulja Boy”) as having come out at a crossroads for us as music fans; we were starting to realize that a piece of art’s popularity isn’t necessarily proportionate to its merit. Still, I have fond memories of my language arts teacher, in the fall after its release, learning the song’s steps and showing them off at a couple school dances after it swelled in popularity over the summer.

Ultimately, we didn’t include “Crank That” here, and for the most part, nostalgia didn’t factor into our criteria. Rather, these songs were selected because of their numbnuts lyrical conceits, chintzy production, lifeless repetition, inadequate execution, and/or perpetuation of stereotypes.

Now, excuse us while we go and bump that new Busdriver track again.