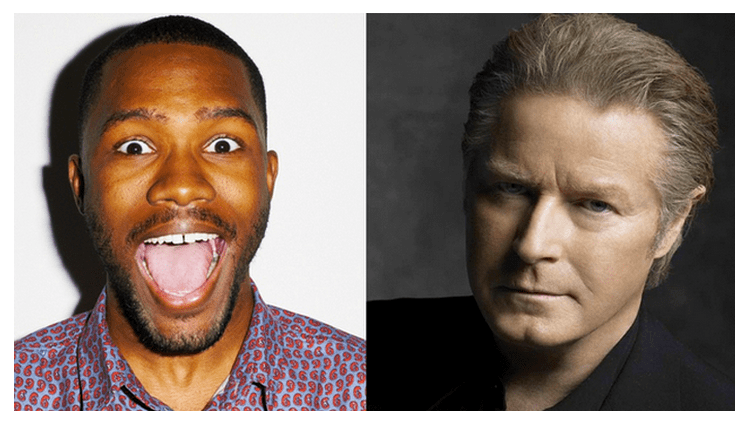 In 2012, The Eagles’ Don Henley threatened legal action against R&B crooner Frank Ocean after he sampled the band’s “Hotel California” on his 2011 album, Nostalgia, Ultra. Now, it’s been revealed that Henley made similar threats to Okkervil River for their cover of his song “The End of Innocence”.

In a new interview with Sydney’s Daily Telegraph (via the Guardian), Henley blasted Ocean and Okkervil River for “illegal” attempts to cover his music, comparing them to vandals who “go into a museum and paint a moustache on somebody else’s painting”.

“The younger generation … don’t understand the concept of intellectual property and copyright,” Henley complained to Daily Telegraph. “You can’t re-write the lyrics to somebody else’s songs and record it and put it on the internet.”

In regards to Ocean’s sampling of “Hotel California” on the track “American Wedding”, Henley said: “Anyone who knows anything should know you cannot take a master track of a recording and write another song over the top of it. You just can’t do that … [But Ocean] was quite arrogant about it.”

Henley said he attempted to “talk reason” with Ocean through his manager, but Ocean hasn’t abided to his requests to stop performing the song live. “DON HENLEY IS APPARENTLY INTIMIDATED BY MY RENDITION OF HOTEL CALIFORNIA…”, Ocean wrote on his Tumblr when Henely first threatened suit in 2012. “He threatened to sue if I perform it again. I think that’s fuckin awesome.” He added, “Ain’t this guy rich as fuck?”

Meanwhile, Okkervil River was forced to take down its cover of “The End of Innocence” from the web, even though it was released for free on the band’s mixtape, Golden Opportunities 3. Henley explained, “If you respect somebody you ask their permission to diddle around with their work. I don’t know how [Okkervil River would] react if I took one of their songs and re-wrote the lyrics and recorded it. Maybe they wouldn’t care but I care.”

“It’s a real dick move, man,” Okkervil River frontman Will Sheff said in response to Henley’s actions (via Music). “I don’t really get what [Don’s] issue with it was, it’s not like I was making money: I figure that’s all he fucking cares about anyway … He’s an old-fashioned guy who doesn’t understand.” This morning on Twitter, Sheff expanded on his comments, writing:

I would be honored if Don Henley took one of my songs and re-wrote the lyrics and recorded it. That's how folk music works. Love you Don.

(Honestly I think copyright law is garbage that damages the culture. Some of the best art is built around (loving) theft & defacement.)

Artists should be allowed to pass ideas back & forth. It should less about if "stole" something, more abt if you made it original. 2 cents.

So much great painting/writing/folk/rap/blues creatively plagiarizes from others. Artists get this. Lawyers dwell on small details & don't.

Update: Will Sheff has penned an even longer response for Rolling Stone. He wrote:

I realized that this is what artists are supposed to do – communicate back and forth with each other over the generations, take old ideas and make them new (since it’s impossible to really “imitate” somebody without adding anything of your own), create a rich, shared cultural language that was available to everybody. Once I saw it in folk art, I saw it everywhere – in hip-hop, in street art, in dada. I became convinced that the soul of culture lay in this kind of weird, irreverent-but-reverant back-and-forth. And I concluded that copyright law was completely opposed to this natural artistic process in a way that was strangling and depleting our culture, taking away something rich and beautiful that belonged to everyone in order to put more money into the hands of the hands of a small, lawyered few.