This is the t-shirt Metallica is selling at Glastonbury 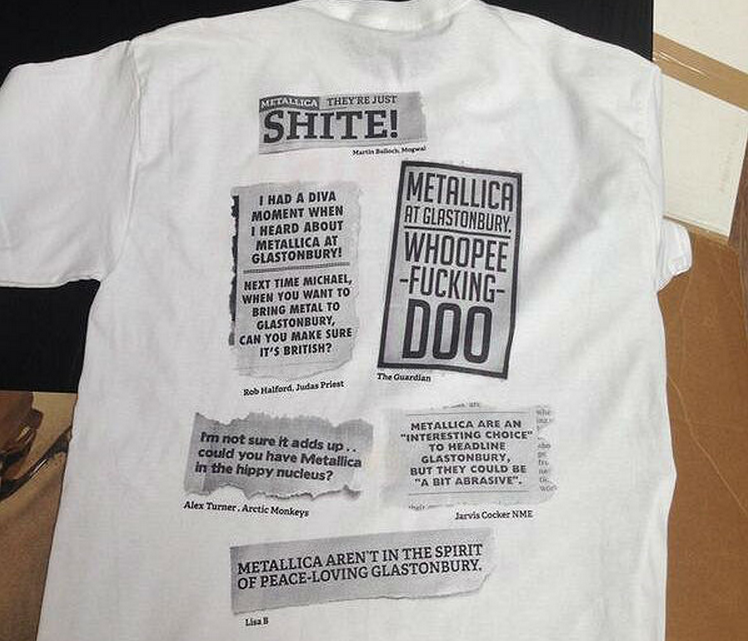 It’s no secret that Metallica aren’t the most popular choice to headline Glastonbury. But the metal legends aren’t taking the criticism to heart — in fact, they’ve turned some of the more inflammatory quotes into an official t-shirt. As Gigwise points out, the shirt includes anti-Metallica quotes from fellow artists Mogwai, Arctic Monkeys’ Alex Turner, and Pulp’s Jarvis Cocker, as well as media outlets like NME and the Guardian. It’s reportedly being sold at the festival’s merch stand.

Metallica are due to play Glasto later this evening. They promise to rock your wellies off.