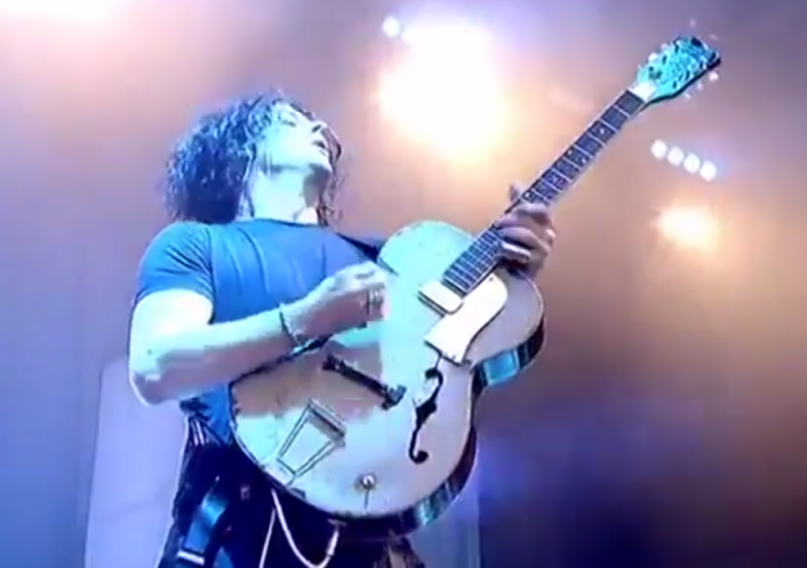 Jack White previously expressed his affinity for Kanye West and his latest album, Yeezus, which might explain why he and his band chose to open their show in Dublin with a cover of “Black Skinhead”. Similar to his cover of “Enter Sandman”, the performance was strictly an instrumental and much too short, but still cool nonetheless. Watch fan-shot footage below; the “Black Skinhead” bit is right at the beginning. He eventually segues into “High Ball Stepper”.