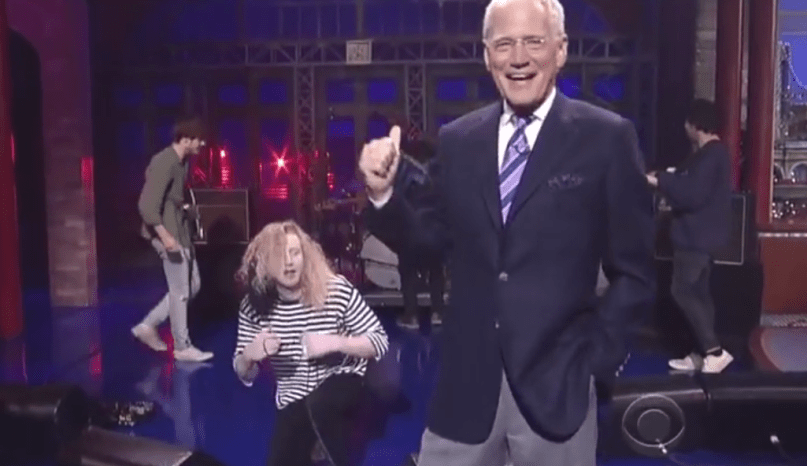 The last time The Orwells were on the Late Show, David Letterman had a conniption. While some folks speculated the response was sarcastic given frontman Mario Cuomo’s somewhat psychotic performance, we have it on good authority (i.e., a fan of the site in the audience) that Dave thought they were “magical.” Last night, the Illinois punks returned to blow his mind again.

Supporting their new record, Disgraceland, the boys performed album track “Righteous One”. Just like last time, Dave and Paul Shaffer called for one more song, and this time the band was ready to oblige. They reprised their January performance of “Who Needs You”, handing the mic to Shaffer so he could improvise lines like “You better comb your hair!” and “You better change the channel!” Watch the replay below.

The Orwells are on their way to Tennessee for Bonnaroo as part of their world tour. They’ll head to Japan’s Summer Sonic Festival and then the Reading and Leeds Festival next, and return to North America for a fresh round of dates in September. See the full itinerary here.