Watch: Mumford and Sons reunite, perform with HAIM at Glastonbury 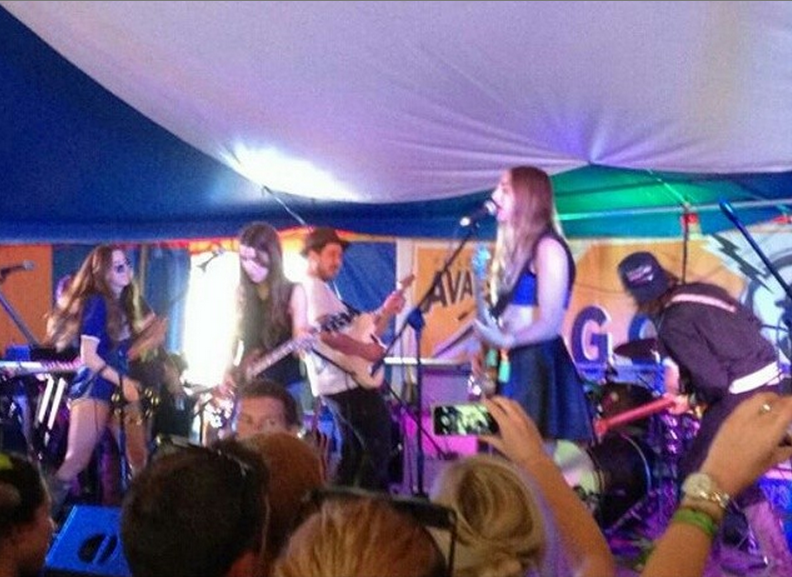 As of last September, Mumford and Sons have been on a hiatus for the “foreseeable future”. However, three-fourths of the UK folk outfit — sans banjo player Winston Marshall — temporarily reconvened for an impromptu performance earlier today at Glastonbury.

As NME points out, Marcus Mumford, Ben Lovett, and Ted Dwane played with a few of the acts on “Gentlemen of the Road” day stage, which they helped curate. The most notable of the collaborations came when the trio joined forces with HAIM for a pair of Rolling Stones covers. First came a hazy take on “Dead Flowers” and then a grand old group sing-along on “Honky Tonk Blues”. Watch fan-shot footage below.