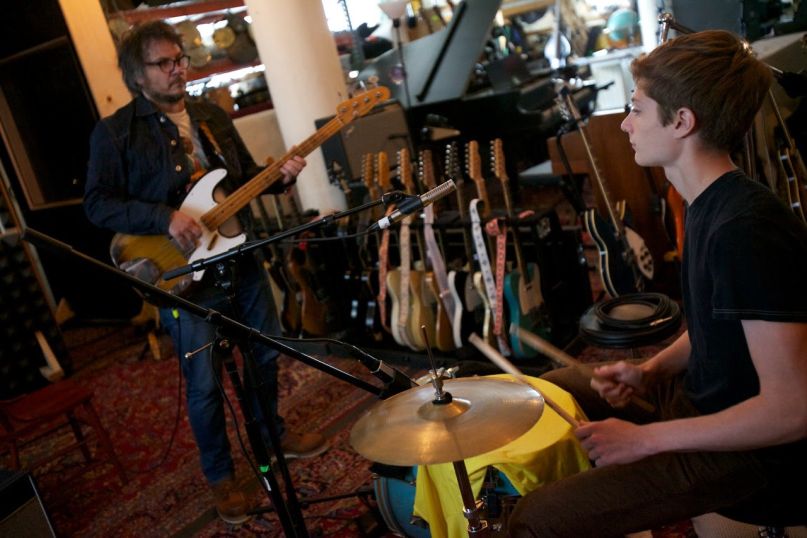 Wilco frontman Jeff Tweedy has revealed the details of his next album. Though initially billed as a solo project, Sukierae (pronounced sue-key-ray) is actually a collaboration between Jeff and his 18-year-old son and drummer Spencer. They’re going by the moniker Tweedy, and will release the album on September 16th  via Wilco’s own via dBpm Records.

“When I set out to make this record, I imagined it being a solo thing, but not in the sense of one guy strumming an acoustic guitar and singing,” Jeff said in a statement. “Solo to me meant that I would do everything – write the songs, play all the instruments and sing. But Spencer’s been with me from the very beginning demo sessions, playing drums and helping the songs take shape. In that sense, the record is kind of like a solo album performed by a duo.”

In addition, the album features contributions from Jess Wolfe and Holly Laessig of Lucius, as well as Scott McCaughey (R.E.M., The Minus 5, The Baseball Project).

In anticipation, the album’s first single is streaming below. Jeff means business on “I’ll Sing It”, his vocals low and gravelly, matching the track’s equally dusty, bad-boy charm. “Let me tell you what I’ll do”, he utters, as a sharp guitar riff rings out and reverberates like a siren.

Jeff and Spencer will head out on the road this summer, joined by a lineup that includes bassist Darin Grey, guitarist Jim Elkington, and keyboardist Liam Cunningham. See the updated itinerary below.