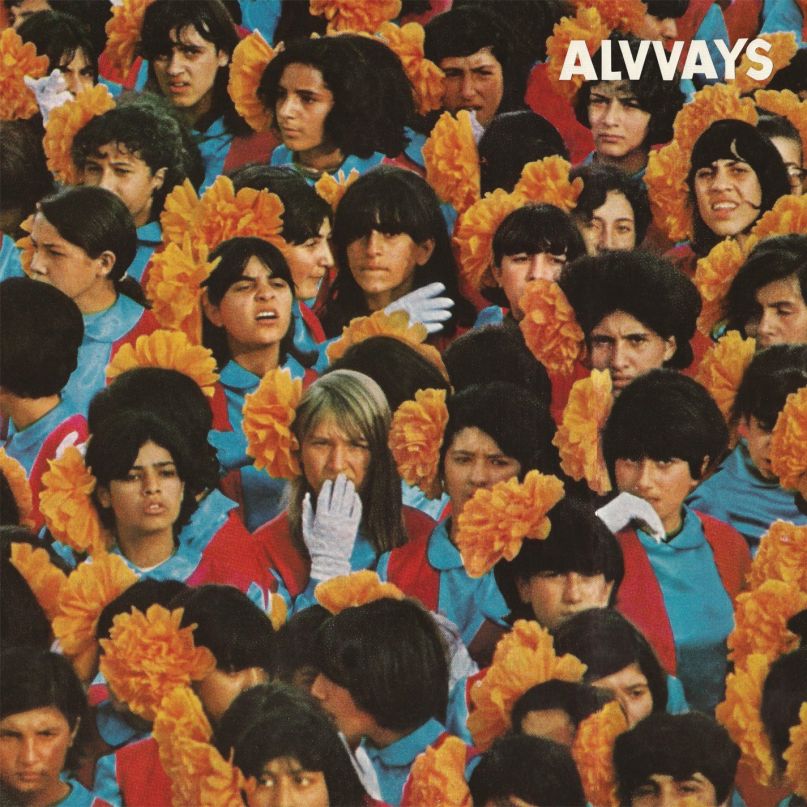 Alvvays are deceptively straightforward. Their name looks like it should be pronounced by a drunk Heidi Klum, but it is actually said how it appears at a quick glance. (The proper spelling of “always” was already taken, and this new band from the remote outskirts of Canada wasn’t looking to enter the musical world’s skeptical spotlight with lawsuits in tow.) Their music could conceivably sound fresh or difficult to pin down, but only if your background doesn’t include much from C86 bands or twee or early R.E.M. or The Smiths or The Stone Roses or indie pop in general. If it does, well, then Alvvays likely just sound inspired.

On their excellent self-titled debut, the five-piece will struggle to convince listeners of their album’s importance or its greatness; the love for this album is very emotionally based. It’s also easy to imagine most listeners getting bogged down in the unoriginal aesthetic, but Alvvays isn’t looking to impress with their aesthetic. Likewise, greatness and importance seem far from the realm of their intentions. No, Alvvays is all about execution.

Growing up in Nova Scotia, it’s doubtful that there was much in competing jangle pop bands, so Alvvays sound like you’d imagine their record collection does. But maybe their sprawling home terrain and distance from a legitimate city (20 hours to Toronto) took away some of the pressure of standing out, allowing them to write songs that are more than hooky vocals connected to hooky guitars. Alvvays has legitimately great songs, boasting sharp lyrics, comforting arrangements, and tics that give their music personality that can’t happen too deliberately. It’s a near-perfect execution of what they and many others like about that aforementioned era, its sound and tendencies. This is key, because if you make an ode to your favorite bands, you better make it enjoyable for fans of those bands.

Alvvays answers this call bearing treasures that come in all sizes. Standing tallest is the very conceit of “Marry Me, Archie”, which takes a hyper-specific subject, gives it a name you never hear, somehow creates a sentiment that almost no one should be able to sing along to with Molly Rankin’s conviction, and sells it with a soaring chorus that makes it challenging to not sing along with that same conviction. Rankin is not one to clearly enunciate, making the band’s R.E.M. similarities that much more striking, and when the lyrics come through clear and crisp, they resonate more.

Thus, one of the album’s tiniest gifts might be its most valuable. On “Ones Who You Love”, Rankin’s f-bomb is disarming, packing unexpected power and serving as a bit of authentication that extends through the rest of the album. It’s hard to argue that a single word in a single song is more responsible for how a band is received than, say, working with producer Chad VanGaalen and engineers John Agnello and Graham Walsh. But it’s a powerful “fuck” to say the least.

Tracks like “Party Police” and “Atop a Cake” imply whimsy with their titles, and it also seeps from the very essence of Alvvays; in the post-Life Aquatic universe, there is a fine line between tasteful and cartoonish. The whimsy of Alvvays never takes us to places that are foreign to either us or to Rankin. “Party Police” does this by inserting hyperbolic fantasy into already quirky behavior, and lines like “Every day is a hurricane” can exist independently from the song’s other words, making the pair of young people still believable as rebels tagging the overpass. Keeping things separate while still allowing them to affect each other goes beyond lyrics and can be seen in that same song’s confident placement of a distinct guitar hook (via co-writer Alec O’Hanley, probably the album’s MVP all things considered) that acts as a co-lead with Rankin’s voice. “Next of Kin” goes further: A cutesy romance ends in a surprise drowning. We take it as metaphor, and there is nothing sad in the upbeat anthem despite the morbidity; it sells Rankin’s emotion rather than the situation, making it irrelevant whether or not it’s the lover or just the love that dies. Either way, it’s sung like business as usual, an element of macabre that is present on the album in subtle samples, but affecting in an almost incidental way.

These complexities keep the album from being twee, while the concerns are too distinct from The Smiths to draw a fair comparison there. The emotional spectrum is far from one-note, as displayed on closer “Red Planet”, which very well could wind up being the album’s most important song in terms of Alvvays’ career. Spare like Beach House on their first albums, “Red Planet” is the most singular song on this debut. As the closer on a brief nine-song run, common sequencing theories would say that this is the promise of the future. A band who sound like their record collection are free to change as their collection expands, and Alvvays could be warning us not to get too attached to anything about this album besides the smarts and ability to write nine lovable songs. By closing with a somber, atmospheric spotlight moment for Rankin, it’s hard not to believe Alvvays’ best music is yet to come. On a debut this self-assured and repeatably gratifying, that’s reason to celebrate.

Essential Tracks: “Party Police”, “Ones Who You Love”, and “Red Planet”