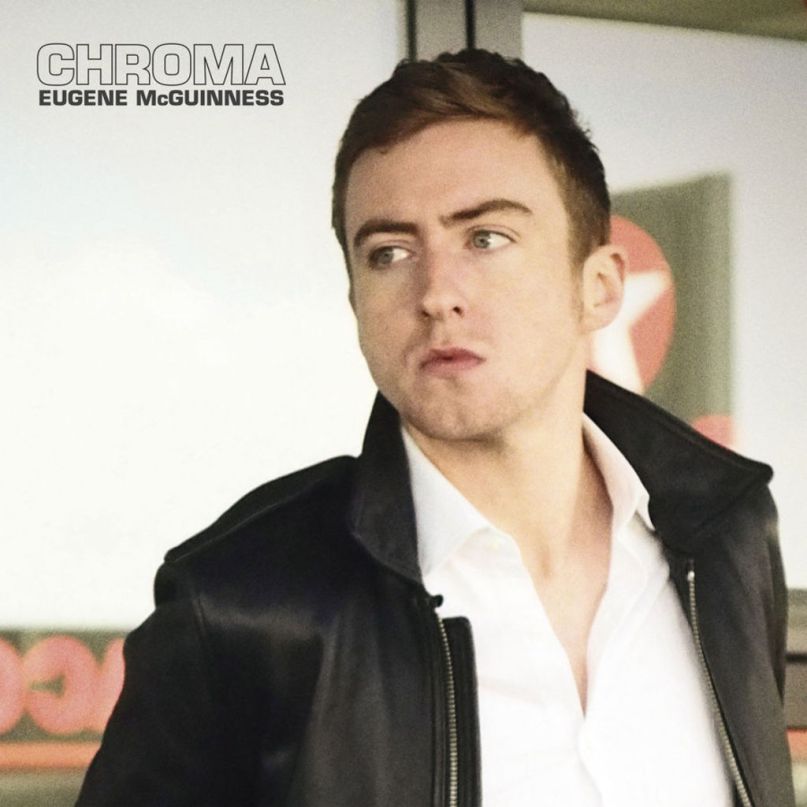 Eugene McGuinness walks a fine line, one between familiarity and originality. His music is loaded with winking nods to numerous genres, namely ’80s pop, early British R&B, and new wave. But he’s clearly finding his own way and doing his own thing, which makes his reliance on the sounds of yesterday not just forgivable but enticing. After all, everyone has their influences. It’s what you do with them that counts.

At 28 years old, McGuinness has already proven over the course of three records that there’s little he can’t pull off in the realm of suave Britpop, a fact that’s further reaffirmed on his latest offering. Chroma, like its eclectic predecessors, swings with a sort of effortless cool, candy coated with pop hooks and a devilishly sharp sense of humor. That’s a delicious recipe for success, and it’s something of a surprise that McGuinness hasn’t yet been greeted with the kind of broader crossover success his music so eagerly courts and deserves. But there’s a sense that that all may begin to change in short order. Chroma is a record that’s too insatiably hook-heavy and doused with sonic charm to gloss over and ignore.

The record starts where every self-respecting piece of Britpop does: with The Beatles. “Godiva” builds its bones off of a “Day Tripper” groove inverted into the minor key. His love of ’60s pop in all of its forms is equally evident in the steady Roy Orbison stomp on “Deception of the Crush” and the cool, psychedelic shimmy of “She Paints Houses”, the latter of which showcases the singer’s quizzical flare for wordplay (“I wear my heart behind my trousers,” he boasts with cheeky self-awareness). But McGuinness is too restless to sit still in one musical nesting place. Chroma also explores the singer’s soft spot for angular new wave (“Black Stang”) and palatable art rock in the vague shape of The Talking Heads (“I Drink Your Milkshake”, which makes hilarious and tuneful light of Daniel Day-Lewis’ signature catchphrase). He even dabbles casually in spacial stoner rock (“Fairlight”) when the mood strikes.

But lest you’re ready to reduce Chroma to a nostalgic mashup of secondhand sounds, McGuinness also draws inspiration from other styles more closely aligned with the present. “Amazing Grace” crackles with the jerky mania of a top-shelf Bloc Party tune, while “Immortals” feels like a dialed-down Queens of the Stone Age song lost somewhere deep in the desert.

McGuinness’s inclination to throw the kitchen sink at listeners is as fully on display here as it’s ever been, which makes for a pretty busy listen. But it never threatens to get stuck down one track for too long, and that might be the best thing that Chroma has working in its favor. Here’s a guy who has proven that he’s unwilling to settle down in any one sonic footprint, which would be a valid concern if he didn’t go about the business of juggling his many interests so well.

Essential Tracks: “Godiva”, “Deception of the Crush”, and “Black Stang”