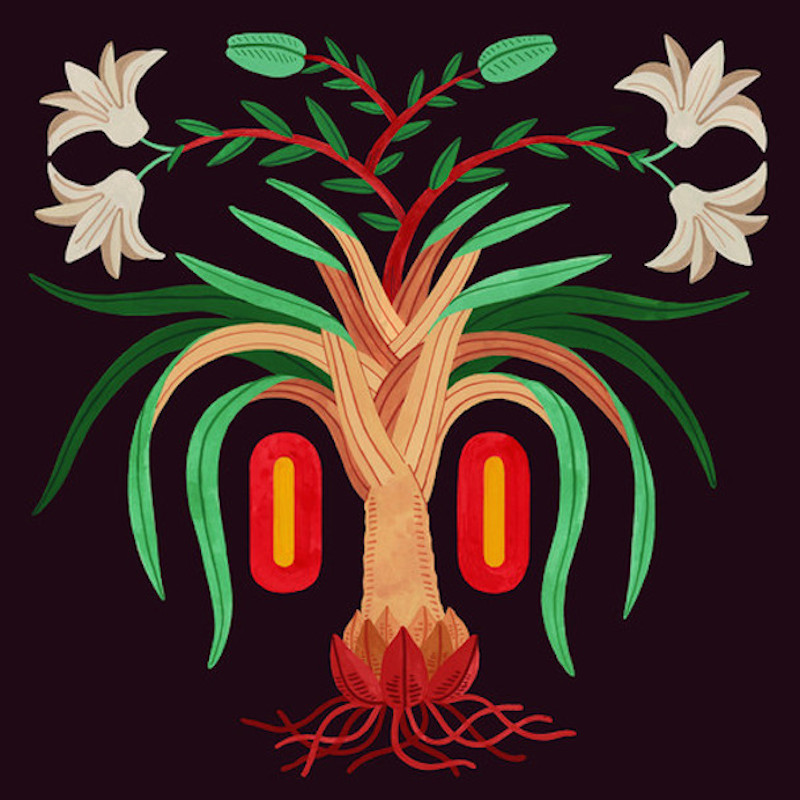 Upright Behavior, the second album from Landlady, is the sound of a band sprouting in multiple directions. Thanks to Adam Schatz’s unique vocal style, it’s easily identifiable as “classic Landlady,” because the further they reach with their music, the more it reinforces its foundation. It’s quite something really, as this sort of behavior isn’t common; yet, here’s a band with the goal of sounding like nothing else around, and using unusual anecdotes to do so. I suppose some people march to the beat of their own drummer, and in the case of Landlady, it seems we’re in the throes of one who sounds as if they have nine arms, like a Hindu deity.

Nothing cuts through these 10 songs like the piercing and vigorous rhythm sections. Melody comes first, and within seconds the songs are reshaped by the shimmering guitar lines, heated with West African influence and inspired by the likes of Talking Heads, TV on the Radio, and Dirty Projectors. With each passing minute, the effort put into the composition, structure, and meticulous experimentation becomes more obvious. Although you might imagine that Schatz, the NYC ensemble’s founder, is determined to stretch himself with every track, first consider his list of past and present collaborators: Twin Shadow, Man Man, Vampire Weekend, and Sleigh Bells. So, it’s no wonder each band has rubbed off in some capacity, and then rubbed against this complex indie rock.

The ornate batch of songs build on Schatz’s direct lyrics, which means that the jump from their 2011 album, Keeping to Yourself, to now is a gigantic pole-vault. They tap into emotional accessibility, they explore vexation, vulnerability, cynicism, and gloom, and in 2014, that’s relevant. For instance, the heart-stopping moment of quiet restoration in “Above My Ground” finds the seam between early 2006 Tunde Adebimpe’s “Playhouses” and “Dirtywhirl”; it’s a slow burn of acoustic plucks pulsating with washes of crisp guitar. The minute-long build-up dances through a menagerie of taps, tempos, and textures, only to arrive at Schatz’s honest plea: “I wish that you were still around.” His intonation is beautiful, comforting even in the face of gloomy subject matter, and rises far above any ground they’ve ever hovered over. The repetitive string section rails along and crackles back into the wallpaper. It plays so loosely with its own rhythm that the effect is like a kite whipping in the wind, constantly threatening to unspool itself from its owner.

Over some twitching drums and a jaggedly enveloping riff on “Dying Day”, Schatz offers one of his most immediate and playful hooks yet. He teasingly announces, “I think I’m getting better every day,” then immediately refutes himself: “I think I’m getting closer to my dying day.” That gusto and charm has become the most beloved element of Landlady — a brutal attempt at existential questions offered without reprieve or reason. Their creativity feels erudite, which one can chalk up to symbiosis between band members, their unique shared vision, or even Schatz’s past collaborators, but there are changes so profound between verses that the experimentation feels compulsory. From the snare-tap intervals on “Under the Yard” before launching into the full weight of “Girl”, his voice penetrates as he begs, “We just want someone to turn on.”

“The Globe”, akin to its name, orbits the full-bodied paradigms of Landlady. This is the spot on the album where you want to be in the same room with this band. It’s a six-minute event set right at the heart and manages to balance enough intensity with the precise amount of minimal gap to not ever feel like it’s overly ambitious. The first half of this album is powered by this approach, trying to experience complete inhibition while surpassing experimentation. There’s just the right amount of unrestrained reverberations to match the simple instrumental patterns, found mostly in the album’s title track. They’ve chosen to keep an arrangement here that could be mistaken for an orchestra warming up before an opera.

In a lot of ways, this particular musical complexity implores an involuntary confrontation with the listener, and even though the constantly skewed song structures reinforce interest, it runs the risk of exhausting a new ear. At times, this system feels almost crutch-like, similar to the earlier albums of Dirty Projectors, and you might find yourself arriving to the second half of the album completely full. Even if Landlady are developing from exploring multiple nooks and delving into compound crannies, they might do better finding a base that they can hone in on. Even so, they gain ground on effortless talent alone.

Essential Tracks: “Above My Ground”, “The Globe”, and “Dying Day”