My Brightest Diamond – None More Than You 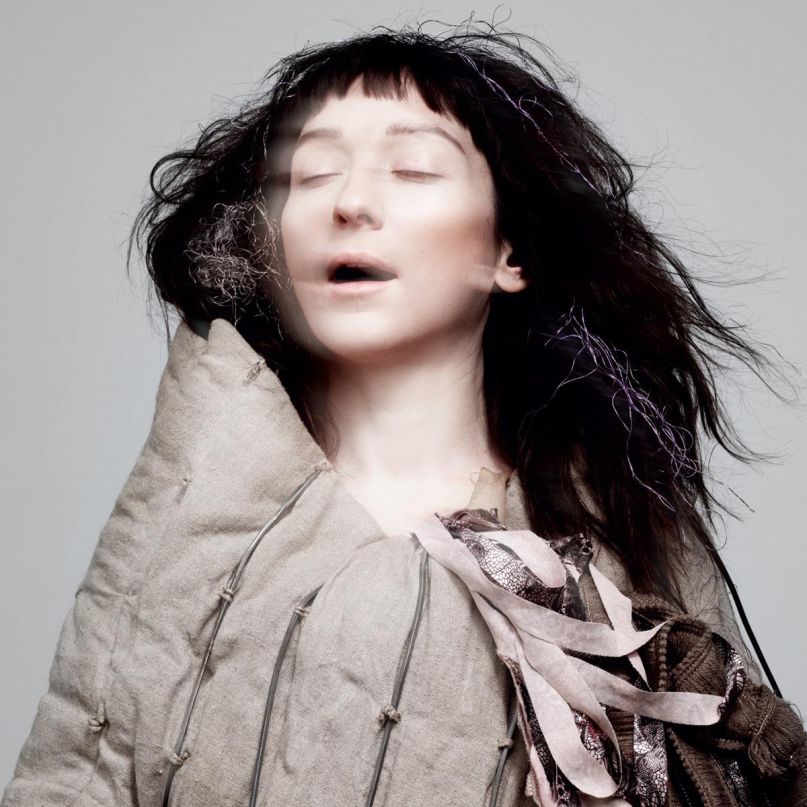 Why use singles to promote your forthcoming album when you could put out a whole EP? That’s the logic that inhabits the new EP from Shara Worden, aka My Brightest Diamond. None More Than You is the precursor to the full-length This Is My Hand, which is already scheduled for release on September 16th of this year. So, the EP works as promo for Worden in the best way, experimenting with multiple remixes of the swooping, then jazzy “Dreaming Awake” and reintroducing her glassy vocals on three other tracks. Both versions — the first by Son Lux and the second by Mason Jar — build to the kind of dramatic peak that a vocalist like Worden desperately needs to shine. The fact that she makes this peak seem unexpected, and even necessary, despite the traditional structure, speaks to how skillfully she plays with tensions and arc.

My Brightest Diamond’s music is extraterrestrial — it feels alien in the same way that Linda Perhacs or Vashti Bunyan channel ethereal, flat-out weird vocal styles more spiritual than human. It is the kind of celestial, off-the-wall music that one has to give credit to Sufjan Stevens for consistently curating through his Asthmatic Kitty label. Though Worden performed in Stevens’ band for a while, it’s clear from listening to her work that she was not meant to be on the sidelines. Her background in opera and classical composition are just two entries on a resume that also includes work in concept musicals with David Byrne.

The EP falls into a narrative jaunt with a fluidity, but remains incomplete enough to invite questions. Second track “Whoever You Are” is a call to arms fraught with buzzing noisemakers, flutes, and sprightly drums. It feels like one of those songs used to signal the passage of time during a montage or pump up a slightly terrified protagonist, but the bright ’80s weirdness and pumped-up beat save it from wandering off the path. The next song then, “Dreams Don’t Look Like”, becomes the middle moment in a journey of near-exhaustion and sad revelation. It feels twinned with the EP’s last track, “That Point When”, as both serve as softer, reflective counterpoints to the spectacular climaxes of both versions of “Dreaming Awake”. But even when Worden hits the heartbreaking high notes without the maximum power of an orchestra behind her, the strength and clarity of her voice is never thin or piercing. It is wiry but gossamer — assertions like “no never!” blossom into wordless arias.

None More Than You serves as something of an appetizer — which is assuredly the point. It whets the appetite in the same way that a starter course is meant to, hinting at what else will develop without overpowering the delicate beginnings of a listener’s relationship with the music. It’s nearly a perfect way to dive into My Brightest Diamond if you’re unfamiliar with Worden’s eclectic, vibrant work, and it is some of her sharpest composition to date. The EP has the dramatics of old opera’s tense plotline meshed with cutting edge, experimental music — what’s dreamier than that?