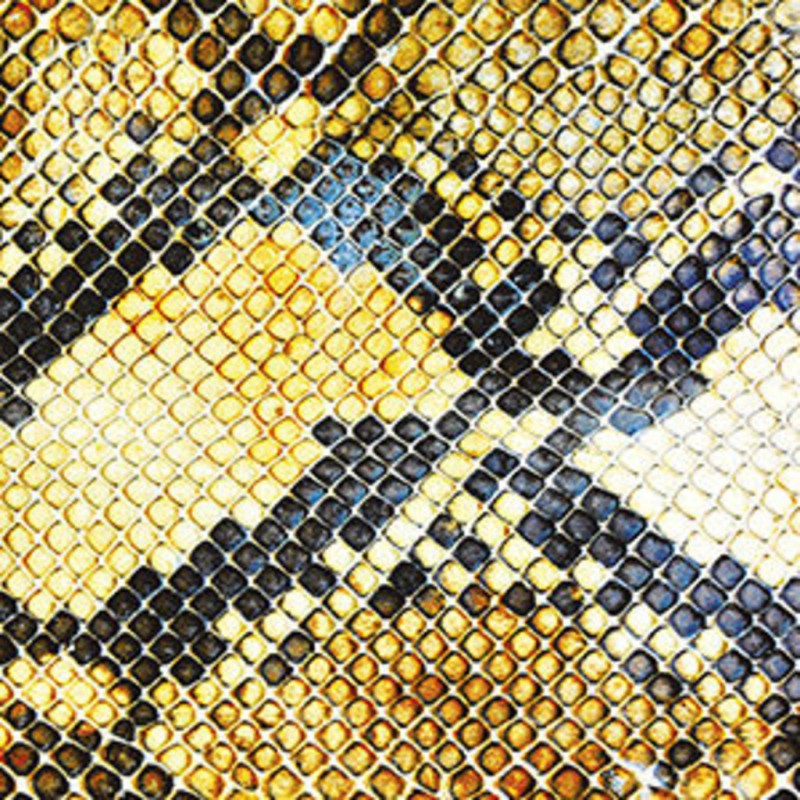 The pressure to make a Nick Cave comparison has become almost unbearable, so let me get it out of the way quick-like: The Amazing Snakeheads’ debut album, Amphetamine Ballads, revels in the unholy collision of punk, rock, and blues. Its deceptive calm is pierced by frontman Dale Barclay’s croaks, croons, and groans. Alongside the typical “sounds like” reference, the only difference is that where Cave delivers hallucinatory talking-and-driving blues chants (like asking to be buried with a mummified cat in his yellow, patent leather shoes), Barclay instead growls, “Forget the rest/ I’m your daddy.” Barclay’s lyrics, though not his strongest point, are delivered with similar menace, but they still hold something more related to real life — unlike Cave’s ambiguous fantasies.

When the Snakeheads first strummed a particular chord, it must have thrummed something potent, and they stuck with it. Bringing guitars that treble, scrape, and screech into the 21st century, a time when alternative rock sounds dehydrated, makes Amphetamine Ballads feel especially timely. This is one of the few decent records from the genre that arrives without losing any crucial elements of that gritty propulsion and vintage punk decadence.

The appropriate clang of a gong is the album’s first sound. It echoes under contorted guitar thrashing and thudding bass riffs, over which, shadowed by his Glaswegian accent, Barclay begins to howl, “I’ve got a feeling in my bones like no feeling I’ve had before,” and then repeats, “I take it” four times. It’s no wonder they’ve titled the track “I’m a Vampire”; he flails his voice about viciously, like the arms of a drowning man, screaming about love and how it makes him feel like the title’s subject — alive, but dead. The effect trickles across your skin, and from the get-go you realize that this album bites, burns, and consumes. It’s penetrating and suitably severe.

It’s difficult not to expect something dark when going into this album; song titles like “Flatlining”, “Nighttime”, “I’m a Vampire”, and “Swamp Song” hint at that murky, underground, dark macabre. On some of the tracks it’s permanently midnight. It’s Irvine Welsh unleashed on a microphone. The ominous intensity lurks across all 10 tracks, and it makes songs like “Every Guy Wants to Be Her Baby” and “Flatlining” feel like they could soundtrack a noir film.

Their choice and timing for certain instruments breathes confidence over melodies that would have lacked substance or even stature. The highly sensual saxophone on “Every Guy Wants to Be Her Baby” bleeds into “Memories”, which ends up driving that entire track. By the album’s closing ballad, “Tiger by the Tail”, they introduce a well-timed Spanish guitar that’s so gentle it’s almost frightening.

These kinds of choices show that the Snakeheads aren’t playing up to the codified myths of the genre, but messing with and undermining them instead. They’ve augmented a sound with a kind of stylistic tic that, on a debut, sounds convincing enough to warrant that “look at us, we don’t need words to drive us” mentality. “Here It Comes” proves a perfect example; for close to four minutes, Barclay only yells those three words.

What keeps the Snakeheads’ debut from jumping the gap between a “good” album and a “great” one is the running time and songwriting. It makes a skeptical, new listener wonder if they spent themselves creatively, shoving too much onto one album when they could have honed in more closely on a few clear ideas.

The album bears songs with the appropriate amount of mushy growls and gnarly, teeth-revealing grunts to express their obvious disdain, whether it’s through a heart-wrenching ballad or a heart-pounding roarer. Still, swallow enough of these coursing, red-hot blues, punk, and rock ‘n’ roll riffs and you might get a little bit of heartburn.

Essential Tracks: “Nighttime”, “Here It Comes Again”, and “Where Is My Knife?”