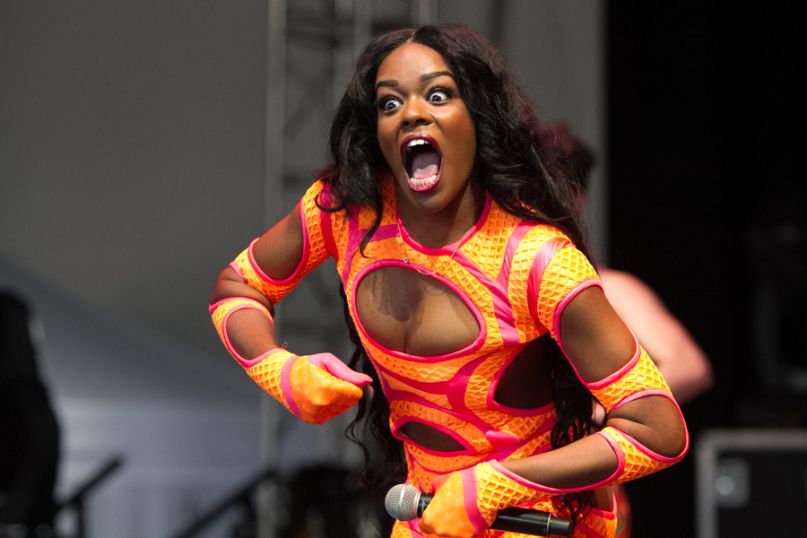 Azealia Banks is freaking out on Twitter this afternoon — and for once it actually doesn’t have to do with a diss track or some beef with a fellow musician. Banks is in full celebratory mode because she’s finally broken free from Interscope. The label had repeatedly delayed the release of her debut album, Broke With Expensive Taste, much to the emcee’s dismay.

There’s no word on the conditions surrounding the severing of ties, nor has the label confirmed the news, but that hasn’t stopped the Harlem rapper from joyfully tweeting and RT’ing about her newfound freedom.

iM GENUINELY HAPPY FOR AZEALIA BANKS BC SHES FINALLY FUCKING FREE OF HER LABEL AND NOW HAVE HER CREATIVE FREEDOM, NO ONE gonna stop her now????

All I need is to be a member of Interpol and my teenage dreams are complete !

It’s uncertain what this means for Broke With Expensive Taste, Banks’ long-awaited debut that never was (seems even Wikipedia’s fed up with pushed back release dates). Though it was originally slated to drop in September 2012, she’s only issued a handful of singles and remixes in the last two years, including “ATM Jam” featuring Pharrell, “Yung Rapunxel”, and a rework of Britney Spears’ “Work Bitch”. There was supposed to be a Disclosure collaboration this year, but of course, as with most of Banks’ projects, beef got in the way.