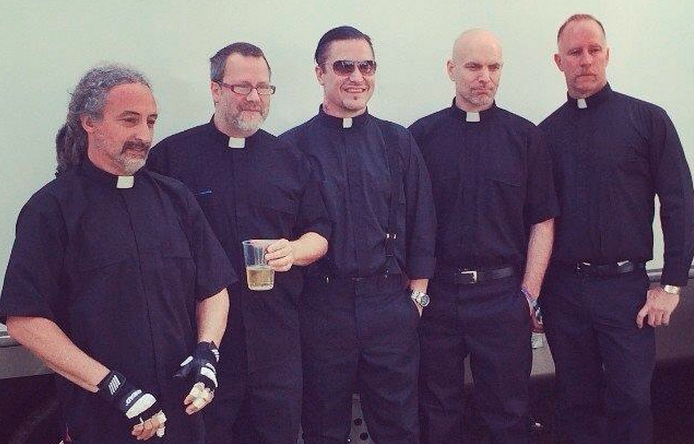 Back in May, Faith No More singer Mike Patton teased new music, writing on Twitter, “The reunion thing was fun, but now it’s time to get a little creative.” On Friday night, the band offered a glimpse of their efforts by debuting two new songs during a set at London’s Hyde Park. Watch fan-shot footage below.

The alternative metal band reunited in 2009, but has yet to release anything since 1997′s Album of the Year. Tomorrow night, they’ll return to the stage to headline Poland’s Open’er Festival.

(Read: Turns out Mike Patton, and not Axl Rose, is the greatest singer of all time)