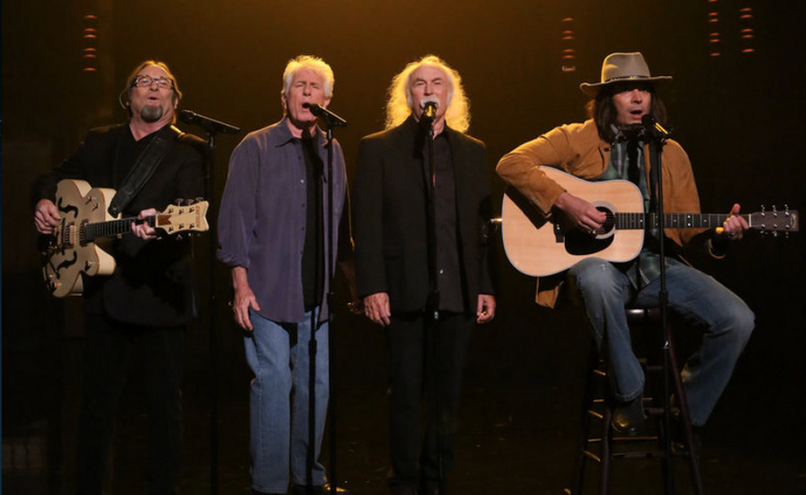 Though it’s been nearly a decade since Crosby, Stills & Nash performed regularly alongside Neil Young, they’ve managed to find a suitable replacement in Jimmy Fallon. Previously, we’ve seen Fallon assume his “Neil Young” persona and join the trio for a cover of Miley Cyrus’ “Party in the U.S.A.”. Last night, they were at it again, this time teaming up to cover Iggy Azalea and Chalrli XCX’s chart-topping collaboration, “Fancy”. Sadly, they left the Clueless outfits at home.

CSN appeared on Fallon in support of their new box set, CSNY 1974, which compiles recordings from their 1974 reunion tour with Young. Later on the show, the trio performed two classic, original compositions in “Teach Your Children” and “So Begins the Task”.

Replay all three performances below.

“So Begins the Task”:

Previous Story
Watch: The War on Drugs’ jaw-dropping performance on Letterman
Next Story
Listen: Usher’s “She Came to Give It to You” featuring Nicki Minaj
Popular
More Stories
[fu-upload-form form_layout="media" title="Submit Your Photo"][input type="hidden" name="ugc" value="1"][/fu-upload-form]