Here’s our first look at Don Cheadle as Miles Davis 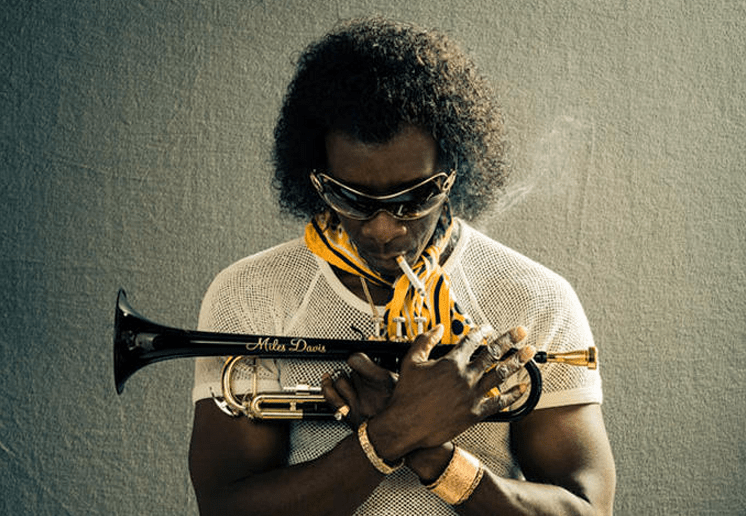 As previously reported, actor Don Cheadle has taken it upon himself to bring the long-in-the-works Miles Davis biopic to fruition by serving as the film’s lead actor and director. Today, we get our first look at Cheadle as the Prince of Darkness (via EW).

Titled Miles Ahead, the film focuses on Davis’ temporary retirement and subsequent return to music in 1979. Along with Cheadle, the cast includes Ewan McGregor as a Rolling Stone reporter and Zoe Saldana as Davis’ former wife, Frances. Davis’ longtime collaborator Herbie Hancock is also involved in the production.

Recently, Cheadle launched an Indiegogo crowd-funding campaign to pay for the film’s production. With three days to go until its deadline, the campaign has raised $254,000 of its $325,000 goal.

Below, watch a short documentary about the film’s creative process.