This time we've gone beyond, baby 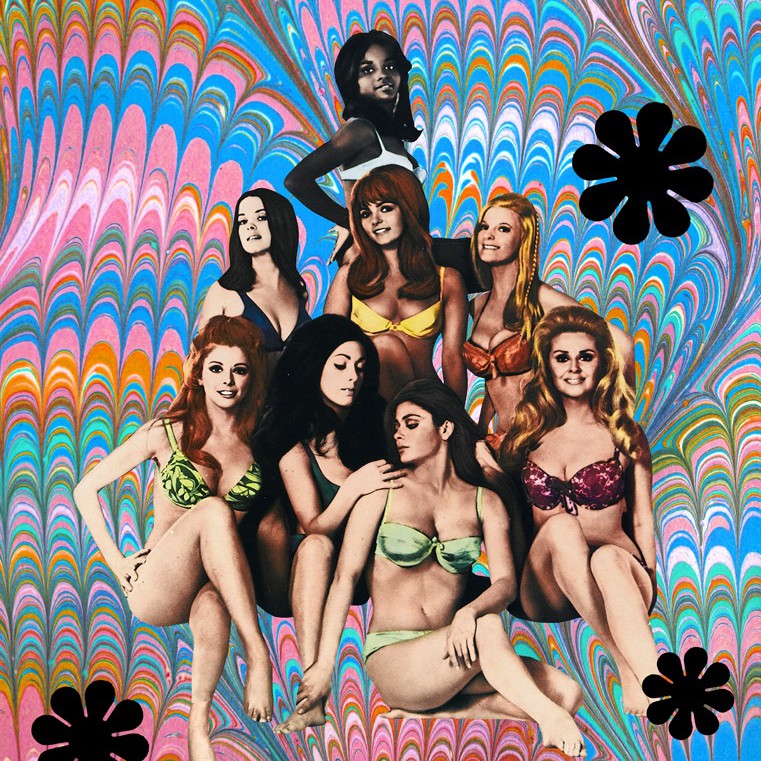 Ever wonder which movies inspire your favorite bands or how filmmakers work with artists to compile your favorite soundtracks? Sound to Screen is a regular feature that explores where film and music intersect. This time, Film Editor Dominick Suzanne-Mayer takes you far beyond the doll-laden valley.

Even if you’ve actually seen Beyond the Valley of the Dolls, it’s often difficult to recount what the movie is, or even what exactly happened, to somebody who hasn’t. It’s a movie in which the final 20 minutes alone concern, as co-writer Roger Ebert once noted, “a quadruple murder, a narrative summary, a triple wedding, and an epilogue.” That’s to say nothing of the reveal of a key male character as a woman, a previously handicapped character rising to his feet ala Dr. Strangelove, the appearance of the famed 20th Century Fox overture as the soundtrack to a beheading, or any of the other oft-naked, completely batshit madness that the film offers. And that’s just the ending. Imagine what that’s like for 110 minutes.

As Steve James’ acclaimed documentary Life Itself rolls out into theaters over the coming weeks, it’s already started to engage the reminisces of a great many about the life and times of, arguably, the greatest film critic to ever grace this planet with his presence. Roger Ebert and the movies were synonymous in every way, and perhaps no more so than in Beyond the Valley, which would turn out to be his sole foray into the actual creation of film. (He worked on other projects, such as the Sex Pistols film Who Killed Bambi?, but only Dolls saw the light of day.) For one brief period in his younger life, Ebert teamed up with America’s once-favorite high/low/anybrow smut peddler Russ Meyer to put a film into the world, rather than just writing about them.

In Jimmy McDonough’s Meyer biography Big Bosoms and Square Jaws, he notes at one point how Meyer enticed Ebert to write the film with promises of the buxom women that characterized both Meyer’s films and personal life at large. That inclination bleeds over into Beyond the Valley early and often, the film showcasing Meyer’s slavish Oedipal leanings (he would sometimes hire women in their first trimester of pregnancy for his films, figuring that natural growth would be at its camera-ready peak during that time) alongside Ebert’s gonzo vision of ‘60s Los Angeles and the culture of “happenings” as a whole.

Here’s where this installment of Sound to Screen actually starts being about music, we promise: Beyond the Valley dips its toes into every imaginable genre, from softcore porn to rabid cultural satire, and is built around one of the most traditional film styles of all, the Hollywood musical. By the time the film was released in 1970, the studio musical had by and large collapsed under the weight of high-profile failures like Paint Your Wagon. Fox, a studio in desperate need of a gamechanger, signed off on bizarre experiments like this one and Myra Breckinridge in hopes of shaking off stagnation. (It’d be Robert Altman’s M*A*S*H, released the same year as those, that would ultimately do the trick.) So it stands to reason that Ebert and Meyer would attempt to change a studio’s fortunes by dealing in every possible genre or subgenre at once, knowing that at least something had to land.

And for such a triumphantly unfocused film, the music of Beyond the Valley is the least outlandish thing about it that sticks around in memory after the film is over. The film couldn’t exist without it either, for Beyond the Valley is ostensibly about The Carrie Nations (initially The Kelly Affair), an all-female rock band looking to head west and make it big. Because this is a Meyer film, Dolly Read and Cynthia Myers and Marcia McBroom serve as the buxom faces for soul songstress Lynn Carey’s vocals. The trio of actresses don’t even actually play the instruments onscreen, which is pretty noticeable if observed even briefly, but that’s beside the point. In Ebert’s version of a musical, the appeal of the songs is the point, not the quality of the “musicians” performing them.

Though the film also sees an extended cameo from early psych-rock band Strawberry Alarm Clock during its first significant party sequence, it’s the Carrie Nations who not only spur on the film’s story, but channel their many melodramas into song. From the propulsive rocker “Find It” to the hilariously dated (but tonally perfect) folk ballad “Come With The Gentle People,” Beyond the Valley is rife with self-aware musical clichés, Ebert and Meyer appropriate the psychedelic and the hopelessly square alongside one another in service of a film that smacks equally of both. There’s something about the film that’s oddly quaint, for all the sex and drugs and rock music and frontal nudity on display, and it can be attributed to the sincerity with which the film approaches the Carrie Nations’ dreams of stardom.

Even when the film turns dark, as in its third act or in the moment where Read’s spurned ex-lover/manager attempts suicide by apparently turning into a puppet during one of their TV performances, it’s that earnest love for the trappings of ‘60s candy-colored idealism that carries the film along. It’s a movie that’s seduced by the ideas of fame and rockstar debauchery even as it’s lampooning them with vigor. Perhaps most importantly, it adores the Carrie Nations, its fake rock stars with big dreams, because they came out of the brain of a man who loved and hated alike with every fiber of his being. Whichever one of those it was, Ebert simply believed. And so, for all the madness that is Beyond the Valley of the Dolls, it’s another reason to miss him. Nobody has ever made a movie quite like this one, and it’s hard to see anybody ever doing it again.