It was too hot out to record a new Blur album, so Damon Albarn wrote this song instead 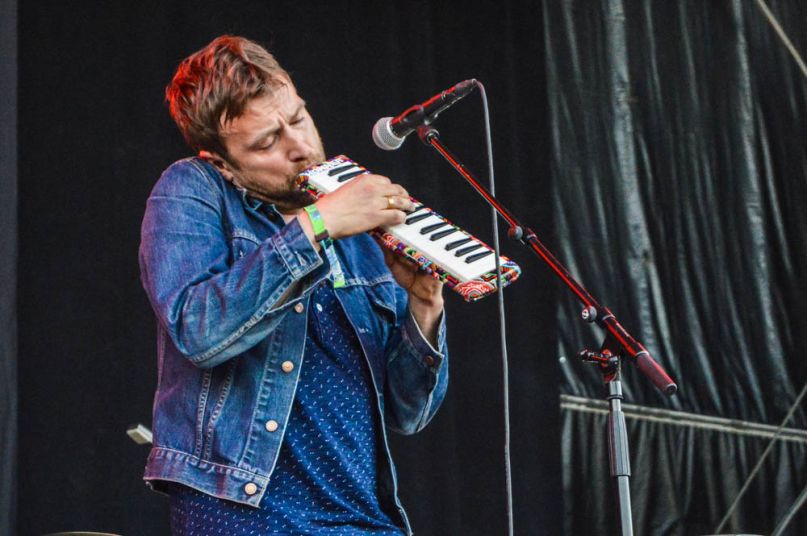 Since releasing his solo debut, Everyday Robots, back in April, Damon Albarn has kept mighty occupied with a host of U.S. tour dates, including exceptional festival sets at both Governors Ball and Bonnaroo. Now, Albarn takes his talents to the film world, contributing the original song “Sister Rust” to the new Scarlett Johansson action flick, Lucy.

Very French-sounding and cinematic, Albarn’s somber croon is backed by a lush stream of sighing strings. “There was nothing I could do, to stop you feeling blue anyway,” he sings matter-of-factly. Listen in below.

The Lucy soundtrack is out now via Back Lot Music.

In related news, Albarn has spoken to NME  about the prospects of a new Blur album. Despite his one-off reunion with Graham Coxton at Latitude Festival and recent performance of Blur’s “Song 2”, it doesn’t look as though a new record is on the way.

“There are about 15 songs we recorded in Hong Kong,” Albarn explained. “The annoying thing is, if I’d been able to write the lyrics there and then about being there, we’d have finished the record. But sometimes, if you can’t do it all at once, it dissipates really and I don’t know what I’d sing about now with that record. There’s some great tunes on there, but it may just be one of those records that never comes out.”

He added: “I’d do some more work on it. I like making records in short periods of time if I can. It was a different process with ‘Everyday Robots’ because that was really thought out, but sometimes it’s great to get some amazing energy and do something in 10 days. There was too much commuting between where we were staying and where we were recording and it was a bit too hot. I think that’s why we didn’t get it finished.”