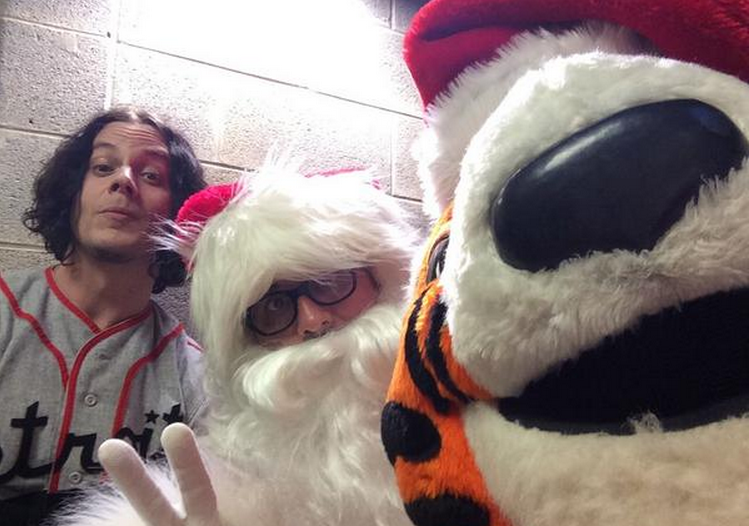 Last week, Jack White took in a Chicago Cubs baseball game, and thus, Sad Jack White became the Internet’s new favorite meme. This evening, White headed back to the ballpark, this time in his hometown of Detroit. The Tigers happen to be celebrating Christmas in July, which might explain the above selfie. Yet, when it came time to throw out the first pitch, he reverted back to his old ways.

Maybe he was still recovering from last night’s turbulent show at the Fox Theatre? Or, perhaps he has something against Santa Claus? Either way, he did throw the ball right down the middle — and, that’s something not everyone can say.

In addition to throwing out the first pitch, White brought his Third Man Records Rolling Record Store to the ballpark, where it sold discount vinyl to all Tigers fans.