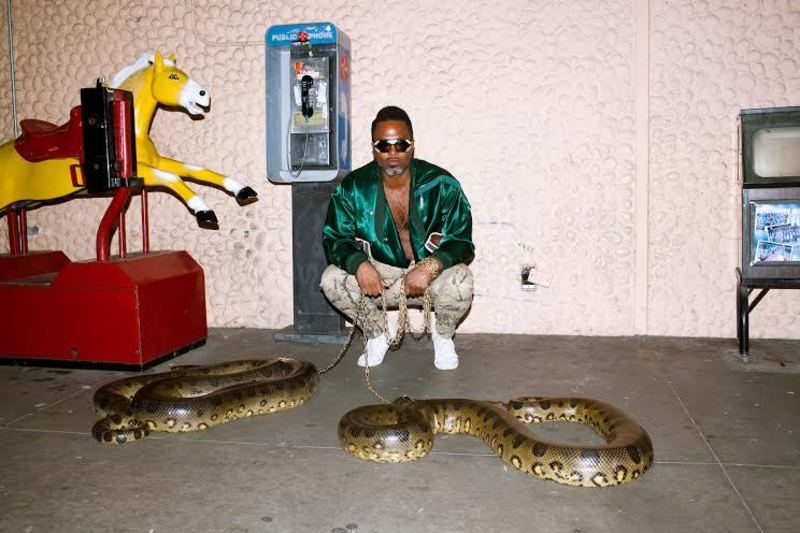 Later this month, Shabazz Palaces will release their new album, Lese Majesty. Based on early singles, including “They Come In Gold” and “#CAKE”, the Seattle art-rappers have updated the glitchy and hypnotic formula of 2011’s masterpiece Black Up. Now, they offer another eccentric and entrancing preview in “Forerunner Foray”.

With its fluttering synths, futuristic vocal chants, and cloudy, nigh-impenetrable atmospherics, “Forerunner Foray” may not be as dark as “#CAKE” but it’s still as vaguely ominous. Here, Palaceer Lazaro sounds both monstrous and robotic, his modulated vocals adding to the sense of foreboding that permeates throughout. Listen in below.