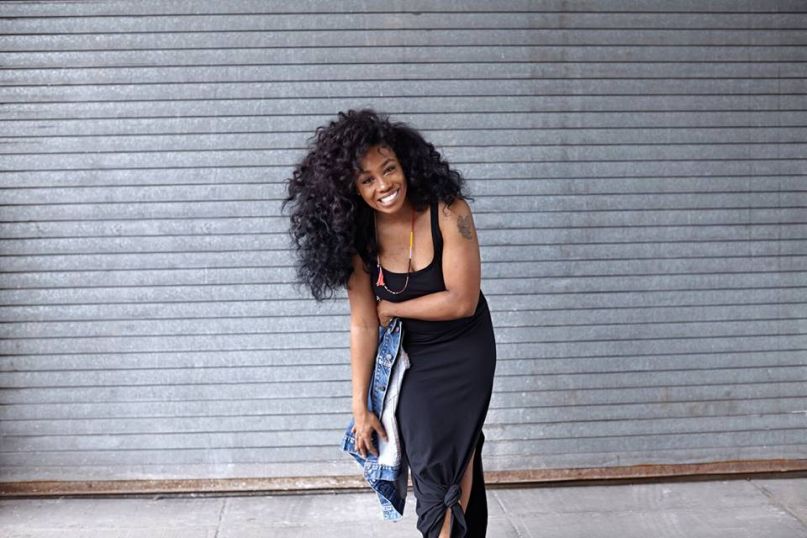 “Moodring” definitely offers something new to SZA’s canon: While her lush and fragile croon serves as the core, there’s a certain sense of playfulness and enthusiasm to Felix Snow’s soundscape of dream pop guitars, shimmery haze, and repetitive percussion. Just file this one under “club music” for the alt-leaning enthusiast.

“I wrote ‘Moodring’ the night I opened for Coldplay,” SZA told Billboard. “I hadn’t slept in two and half days due to anxiety. After the show, I drank every bottle of champagne Chris Martin [and] the band gave us that night, with Thundercat and my band. Great fucking time.”

Cash’s Love The Free Vol. II is due out July 22nd. In addition to SZA, it features contributions from Dev Hynes, Bipolar Sunshine, Yuna, Empress Of, Rainy Milo, and many more.