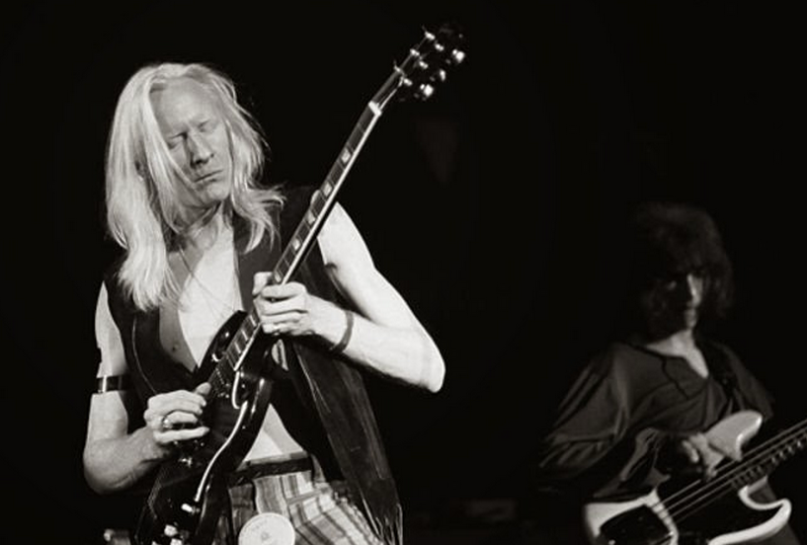 Blues legend Johnny Winter has died, according to American Blues Scene. He was 70 years old.

The news was also reported by the wife of Winter’s longtime bandmate, Rick Derringer. Update: According to the Associated Press, Winter died Thursday in a hotel room in Zurich.

Born in Beaumont, Texas in 1944, Winter remained active in music for over five decades, earning acclaim as both a guitarist and record producer. His big break came while opening a show for Mike Bloomfield in 1968. Winter’s performance that evening caught the eye of Columbia Records, who quickly signed him to a contract. He was given a $600,000 advance, the largest one ever received at that time.

In the years that followed, Winter would release nearly 20 albums. He was praised for his high-energy performances and elaborate chops, leading to seven Grammy nominations and a nod as the 63rd best guitarist ever by Rolling Stone.

Winter is known for being an original performer at Woodstock ’69. He’s also brother of fellow music legend Edgar Winter.

Winter remained active up until his death. Not only did he have a number of upcoming tour dates scheduled, but he was set to release a new album entitled Step Back on September 2nd.

Watch a selection of videos from throughout Winter’s career: