Seven Playlists for Seven of Our Founding Fathers

What would Washington, Jefferson, and Franklin have on their iPods? 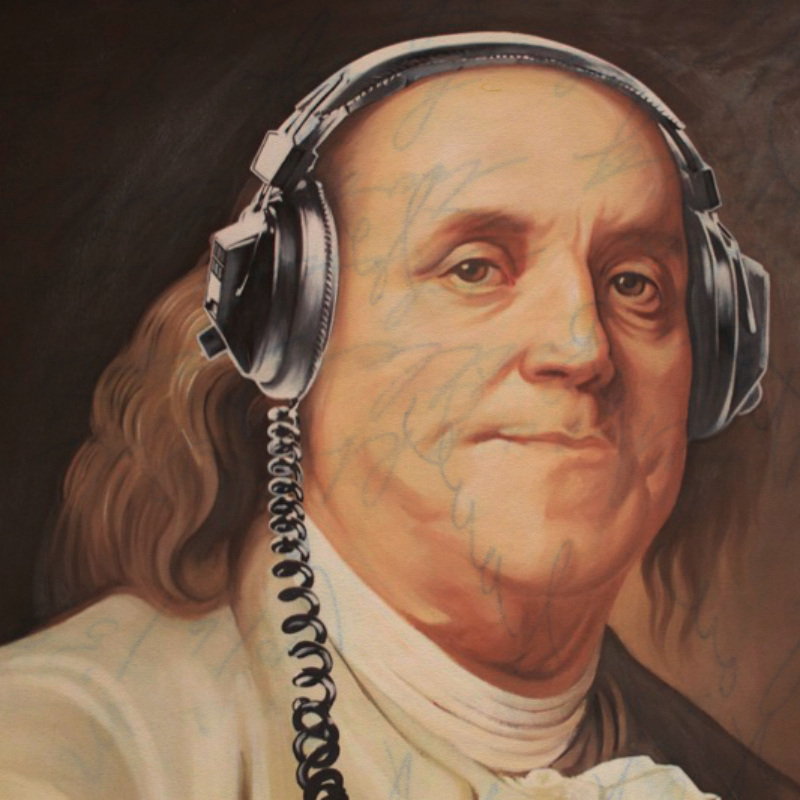 “It’ll kinda be like Jurassic Park,” my dad told me. During the summer of 1993, that was a powerful selling point for a 10-year-old boy, and those words were just enough incentive to get me to go with him into The Hall of Presidents attraction at Disney World’s Magic Kingdom. Animatronic dinosaurs, animatronic presidents. Same difference, right? Uh, no, Dad.

More than 20 years later, you have my dad’s cunning ruse to thank for this feature, which, ironically, I’m now trying to convince you to click on and enter. Truthfully, it’s nothing like Jurassic Park. But I do remember those presidents, in all their herky-jerky robotic glory, coming to life on that stage, and I also recall thinking, “What would they think about stuff like Super Mario Bros. or my new sneakers with the pumps built into the tongues?” That’s pretty much the gist of this feature.

For the Fourth of July this year, we decided to downplay burgers and fireworks and hark back to the seven men — George Washington, John Adams, Benjamin Franklin, James Madison, Alexander Hamilton, Thomas Jefferson, and John Jay — who we know as the founding fathers. Our question: If they were around today, what would be shuffling on their iPods and pumping through their Beats? It’s sort of like Bill & Ted’s Excellent Adventure. It’s definitely a chance to show off for our old history teachers. But, really, it’s just a bit of historical fun.

So, have a happy and fruitful Fourth. Save room for your Cousin Reba’s soggy pretzel Jello. And check out our Founding Fathers Playlists. What the hell … It’ll kinda be like Jurassic Park.