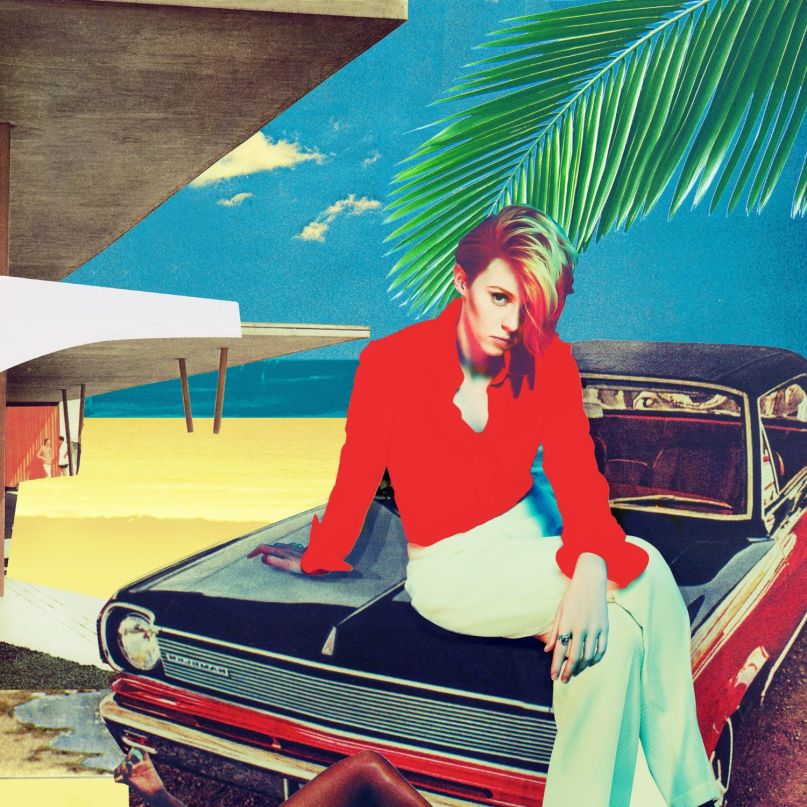 London synth-popper Elly Jackson, aka La Roux, will release her sophomore album, Trouble in Paradise, on July 21st via Cherrytree/Interscope. In anticipation, it’s streaming in full on iTunes Radio.

Serving as the follow-up to her 2009 self-titled debut, the nine-track effort was originally recorded in a barn near Devon, UK with Jackson’s longtime collaborator Ben Langmaid. When Jackson didn’t like the material from those sessions, she reconvened with producer/engineer Ian Sherwin.

“I wanted to create something more special, to take myself up a level,” Jackson said in a statement. “I also wanted to play pretty much everything as I did on the first record, but there was more complicated instrumentation this time, and it took me a while to get to grips with some of it. There was a general concept that Ian and I connected strongly on and discussed at length, which was the idea of what people in the ’70s thought the future would look and sound like.”

A press release adds that the album is “all about the darkness lurking behind the most beautiful tune, the doubts in even the happiest of relationships, and trouble in all its forms, whether it’s the riots in Brixton, the part of south London she still calls home; conflict between couples; or cheeky stories like ‘Sexoteque’. It’s a less personal album this time round, more mature and ambitious, but also more playful in its subject matter.”

The album is preceded by three singles, “Let Me Down Gently”, “Uptight Downtown”, and “Tropical Chancer”.

Pre-orders for the album are ongoing. Below, watch the video for “Let Me Down Gently”:

Trouble in Paradise Tracklist:
01. Uptight Downtown
02. Kiss and Not Tell
03. Cruel Sexuality
04. Paradise Is You
05. Sexotheque
06. Tropical Chancer
07. Silent Partner
08. Let Me Down Gently
09. The Feeling