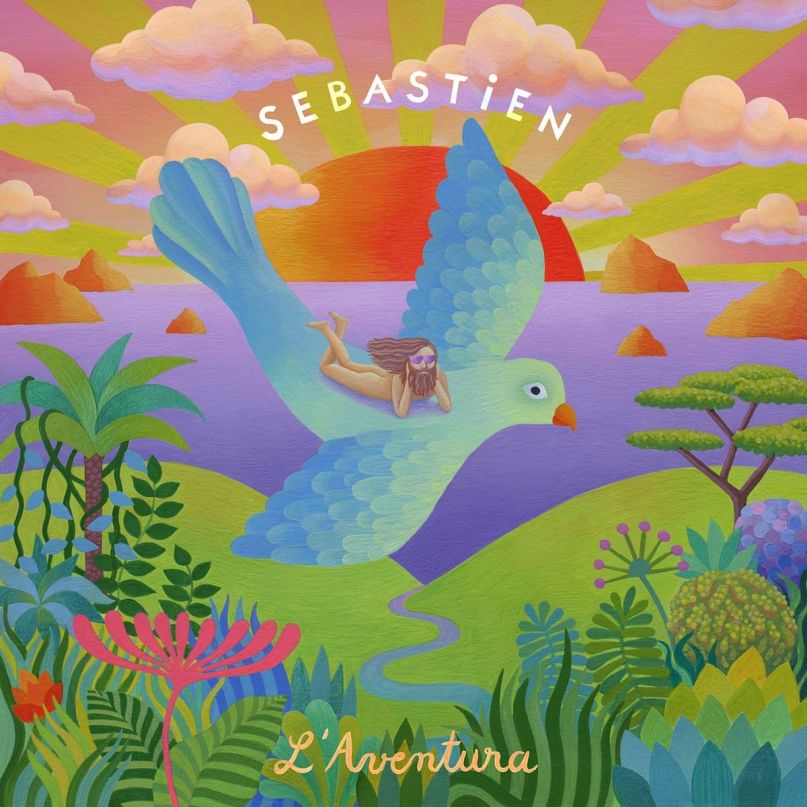 Tellier has been releasing music since 2001, collaborating with the likes of Daft Punk and having several songs featured in Sofia Coppola’s Lost In Translation. For his latest 10-track effort, he teamed with renowned Brazilian composer Arthur Verocai to lend the album a truly authentic Rio flavor.

In a statement, Tellier expresses his kinship with Brazilian genres like samba and cha-cha: “Brazilian music is perfect for me as it’s full of mysterious chords and strange melodies, but it’s also light and sunny. I feel my previous albums were just tests to reach this point.”

The new direction on L’Aventura is also notably brighter than Tellier’s previous efforts. Rather than merely playing Brazilian music, Tellier is reinterpreting it behind the keys of his airy synthesizers. Tracks like “Ricky L’Adolescent” find him bordering between Carnival and New York dance clubs as he mixes colorful melodies with thudding bass lines. The bossa nova-tinged “Ma Calypso” feels like a glitzy, disco ballad as synths squeal above a bouncy acoustic guitar. The entire LP is a wistful culture clash that manages to always stay danceable throughout.