Our toast to 25 years of game-changing records. 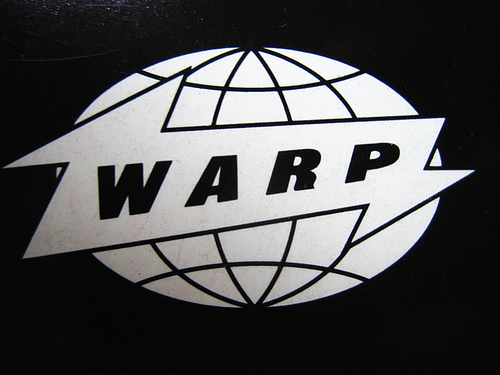 Warp is one of those independent record labels. Since its inception in 1989, the prestigious Sheffield-born, London-based label has put out releases ranging from Brian Eno all the way to Flying Lotus. With roots in genre-defining electronic music, their expansion over their 25-year existence has been intensely interesting.

The people at the helm of Warp know good music, whether it be experimental or weirdo pop. Modern classics and old favourites, they’ve got it all. Very few labels are putting out as much consistently inventive music as Warp. So, to celebrate 25 years of the legendary label, here are the Top 10 Warp Records releases.

Battles aren’t the most immediate choice for a Warp signing, but it makes sense. Their bouncy songs make the most of simple melodies, with a bright sense of whimsy that challenges genre norms. It’s hard to tell if the sounds are digital or organic, math rock or IDM, pop or challenging; there’s no telling where it’ll go next at any point. Mirrored is uncondensed, crazy, and captivating throughout every moment.

Warp dabbles in hip-hop now and then, but for the most part, it was left to their sister label, Lex Records. Warp and Lex have since parted ways, so it only makes sense that they take on the role that Lex left behind. Gonjasufi is a little more out there than a lot of the material Lex has put out, but it’s all the better for it. The mostly Gaslamp Killer-produced debut, A Sufi and a Killer, drifts woozily from one track to the next, proving that Warp are just as ready to take a gamble as ever.

Drukqs is kind of a mess. There’s barely any thread tying the songs together, and it sits at an unwieldy 100 minutes long. One half of the record relies upon Aphex Twin’s signature intense style, whereas the other half focuses on solemn piano music and not much else. It’s ugly as hell one moment and absolutely gorgeous the next. It’s far and away Aphex Twin’s most challenging record, but it may ultimately be his most rewarding, too.

Rustie’s production is among the most vibrant around, and his full-length debut, Glass Swords, is ecstatically animated. The glossy, shimmering record is full of bright melodies and beats that thud with an intense sense of joy. The Scottish producer is the most fun artist on Warp, and Glass Swords is a testament to that. If you’re looking for a sugar rush in music form, look no further.

Flying Lotus is a smart dude, and he expects you to be as well. Cosmogramma is a clever record that doesn’t look down on its listener, but rather respects their intelligence. Genres are trampled over, celebrated, and destroyed. It’s the soundtrack to your craziest dreams, and it’s awesome. It’s jazz-fusion one second, bombastic instrumental hip-hop the next. It’s essentially a chance for Flying Lotus to showcase how versatile he can be, and boy is he.

Grizzly Bear are far and away the least Warp of any artist on Warp’s impressive roster. There are very few elements that recall “the Warp sound,” but in the grand scheme of things, it barely matters. Veckatimest is a beautiful chamber pop record that’s as adventurous as it is accessible. A clear amount of loving was put into its craft; everything is in its right place.

The newest album on this list, Daniel Lopatin’s latest release as Oneohtrix Point Never, R Plus Seven, is also his Warp debut. It’s a massive shift in sound and one more in line with Warp’s history. Although, having said that, there’s nothing that sounds even remotely close to R Plus Seven in Warp’s catalogue. R Plus Seven features several highly conceptual elements to it, most of which Lopatin has only briefly mentioned in passing.

It uses crass midi sounds to craft its tracks, entering the realm of “Uncanny Valley” along the way. As soon as something new gets introduced to the sound, it’ll be ditched in favour of moving on, never leaving time to meander. This is perhaps a metaphor for the average attention span of the modern music listener. It’s incredibly clever stuff, even if it can masquerade as dumb from time to time.

Boards of Canada are one of Warp’s defining acts, but Geogaddi mostly goes against what the Scottish duo are known for. Instead of the haunting yet inviting sounds their music usually contains, there’s a possessed tension at play on Geogaddi. It’s the most complex record the duo have put out, and it’s also their most interesting, if not their best. Coming to grips with what it accomplishes is difficult, but as with most of Warp’s releases, the difficulty is what makes it so rewarding.

Aphex Twin is most known for his severe breakbeat sound, but his Selected Ambient Works albums are his most lauded output. It’s easy to see why; he’s equally as good at hammering on the eardrums as he is serenading them. The second Ambient Works album is a remarkably bold mood piece, with sounds unrelentingly dark and invitingly cushiony.

It’s the type of music that works for every occasion, every emotion. It’s subtle, vivid, and powerful. It’s not the easiest to describe, but each track is capable of producing imaginative imagery almost instantly.

01. Boards of Canada – Music Has the Right to Children

The world at large was introduced to Boards of Canada with Music Has the Right to Children, and it remains as fresh-sounding today as it did back in 1998. Employing the duo’s hauntology techniques to their fullest, yet most concise extent, Music Has the Right to Children is not only BoC’s best record, but Warp’s best release overall. Not many other labels would’ve put this out back in 1998, and now it’s a bona fide classic that is still influencing musicians and producers today.

The timeless quality of the sound, the clanking drums, the loose narrative; it haunts long after it’s over. It’s easily one of the strongest and most defined debut albums of all time, considering there are artists still trying to replicate its sound over 15 years later. Whether you let it in or not, Music Has the Right to Children makes an impact and relishes in its own cryptic atmosphere.

It’s a memory of something that never even happened; faux nostalgia that feels more than genuine.