Two Bands, Two Records, and the Beginning of Alternative Rock 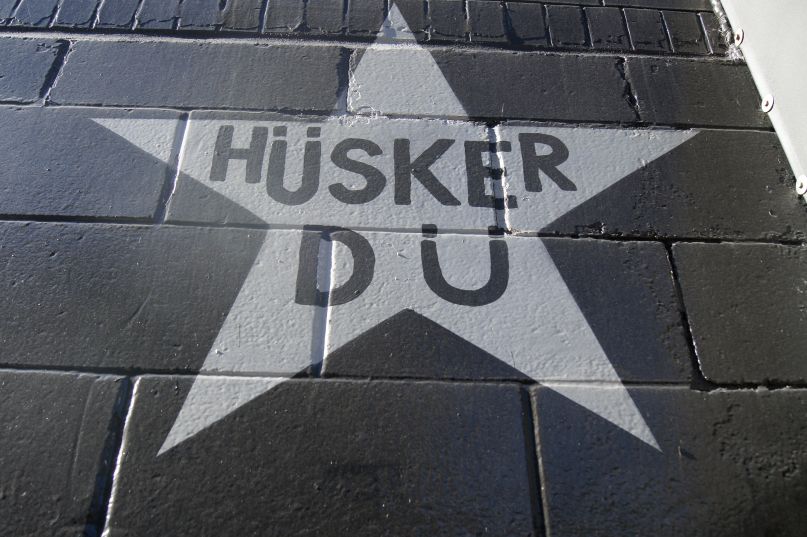 When I first started listening to punk music, let’s say around age 12 or 13, it was one of the most refreshing things I’d ever come across. Green Day, Rancid, and the Offspring were obvious enough starting points, but I really got bit by the punk bug after I started scratching a bit deeper beneath the surface. The idea that there was this community of loud, frenetic bands playing by their own rules and flipping a defiant middle finger to corporate rock was exciting.

Except punk rockers are kind of full of shit. There’s an egregious double standard that comes with the punk community touting its right to skirt the rules and do whatever it wants. Historically, punk bands have always cut against the grain of what everyone else is doing, but that doesn’t mean they don’t operate by their own rigid set of laws. In the late ’70s and early ’80s, long before MTV and rock radio dug its claws into the genre, punk rock was an exclusive club, and fans and bands protected it fiercely. They fought to keep “their” music in a box, even as they railed against the sameness of everything else around them. Punk rock may have been about being different, but straying too far from your own kind was still looked upon as a certain kind of sacrilege. All of which makes 1984 such a pivotal year in punk rock history. More specifically, July of 1984, which saw the release of two records by two legendary bands swinging for the fences, and the end results helped change the course of everything.

Hüsker Dü and the Minutemen, at least on record, couldn’t have been more different from one another. The former were a hot-wired hardcore trio from Minneapolis, while the latter were a trio of self-professed corn dogs from the docks of San Pedro, California. The Huskers had built their cred on being the loudest, fastest, most manic band in hardcore. The Minutemen? They were (and continue to be) punk rock’s great anomaly, a decidedly non-punk punk band that busied itself more with philosophical rants, political poetry, and funky, free-jazz outbursts. But for all of their differences, they shared one thing in common, namely a need to break outside of punk and hardcore’s tightly fenced-in parameters.

The Huskers’ earliest records were amphetamine-fueled hardcore romps, to wit 1981’s blistering Land Speed Record and 1982’s Everything Falls Apart. But by 1983’s Metal Circus, the band started mixing in hooks and melodies to go with their frantic, mile-a-minute hardcore. Tracks that used to flame out after 1:30 were now tipping the scales at 2:30 to 3:00. There were actual vocals in place of indecipherable microphone meltdowns. The stage was set for a major breakthrough, and they realized it on Zen Arcade. Most of their colleagues on SST Records pushed the envelope for brute force and aggression, and to that end, Hüsker Dü were no different. But the healthy competition between co-songwriters Bob Mould and Grant Hart yielded a sonically muscular and emotionally intense double album, a concept record about trying to run from your past only to find that an even bleaker future awaits. Mould and Hart traded off on songs about alienation (“Something I learned Today”), parental infighting (“Broken Home, Broken Heart”), fractured relationships (“I Will Never Forget You”), drug abuse (“Pink Turns to Blue”), and the sad, sorry state of the world at large (“Turn on the News”). These might be punk-by-numbers talking points, but the way the band tied all the threads together personalized the record, letting it stand a cut or two above aimless, anti-social rebellion.

Zen Arcade‘s ability to successfully rally around a theme was worthy of applause in and of itself. But the record’s lasting legacy lives on in the music. While most punk bands of the era resisted and fought against the idea of a tidy, three-minute pop song, Hüsker Dü embraced it. For once, a hardcore band saw the beauty of the Beatles and used those influences to its advantage, all the while refusing to cash in on its punk rock cred. “Monday Will Never Be the Same” might be the first song in the SST catalog to give itself up fully to a piano solo, only to crash headfirst into the catchy but cranky-sounding “Whatever”. Hart’s “Never Talking to You Again” completely leaves hardcore at the door in favor of the band’s newfound pop fixation, but before you can blink, the distortion revs back up on the Mould-penned “Chartered Trips”. That’s Zen Arcade in a nutshell, a thinking man’s pop rock record one minute, a blistering sonic assault the next, and still at other times a groundbreaking combination of the two. In doing so, Mould, Hart, and bassist Greg Norton broke free of the hardcore tags that kept them boxed in and discovered new territory: college rock. The Huskers were among the first to figure out that catchiness and volatility weren’t completely antithetical musical approaches. The sweet spot, as many bands would find out years later, lies somewhere in between the two.

The Huskers gambled big on Zen Arcade, but the rewards for their wild ambitions were much greater than the sacrifice. Did some fans balk at the band’s more nuanced take on hardcore and walk away? Undoubtedly. But they gained far more admirers in their place. More people were taking notice, including those outside of the band’s narrow hardcore circle. It was a huge step toward legitimacy for a genre that was becoming easily dismissible as macho thug rock. Zen Arcade forced the world to look at what was happening on the punk and hardcore scene with fresh eyes, including some of their own punk peers. The Minutemen, in particular, saw Zen Arcade as an open challenge, and they giddily accepted.

D. Boon and Mike Watt, childhood buds who bonded over politics and a similar taste in music, also saw room to grow outside of punk’s three chords and furious time signatures. But unlike Hüsker Dü, the Minutemen didn’t waste any time breaking the mold into a thousand pieces. Paranoid Time, the trio’s 1980 debut and SST’s second overall release, is a fit of nervous, jerky energy. Instead of shredding guitars, Boon rocked in a trebly high register. The time signatures were complex and math-like, and Boon’s lyrics were politically charged and head-scratchingly free-associative. From day one, Boon, Watt, and drummer George Hurley were completely their own band, peerless in an underground scene where the bands ran together like a pack of wolves. By pretty much skirting punk and hardcore in the traditional sense altogether, they were, at least from an ideological standpoint, as punk rock as it gets. I have a sticker of D. Boon on my Jeep that reads “Punk rock is whatever we made it to be.” Man, did these guys believe it.

As adventurous as they were, the Minutemen were also ready to stretch their already high-brow punk rock leanings even further come July 1984. Although Hüsker Dü beat them to the punch by just a matter of weeks, the band had a double album of its own up its sleeve. At four sides and 43 tracks, Double Nickels on the Dime is as singular a record as you’re likely to find anywhere. Everything the band had done leading up to it suggested that there was genius at work, but they’d yet to fully harness it. But Double Nickels is the Minutemen’s Odyssey or Ulysses, their crowning work. Rather than attempt to tighten up their vast influences into a concise package, Boon, Watt, and Hurley proudly watch their taut, meteoric blasts of funk (“Vietnam”), jazz (“The Politics of Time”), country (“Corona”) and art rock (“Please Don’t Be Gentle with Me”) spill over the brim. Double Nickels bursts with creativity, from the half-crazed musicianship to Boon’s hilarious, if befuddling, lyrics to the ridiculous skits tossed in intermittently amongst the chaos. Scribbled in the margins on the record’s inside sleeve are the words “Take That, Huskers!” It’s a playful dig at their peers, but listening to Double Nickels, they were very clearly up to the challenge.

Maybe the coolest thing about Double Nickels on the Dime is that despite its sterling reputation in alternative and underground culture, no one can touch it. Most bands manage to crack the code to their favorite records at least somewhat and work it into their own songs. But 30 years later, bands are still fumbling with the keys trying to unlock the genius behind the Minutemen’s magnum opus. The Red Hot Chili Peppers took Watt’s funky bass lines to critical and commercial heights, while you can hear Boon’s influence in some of Brad Nowell’s guitar jams with Sublime. On other tracks, like “West Germany”, you can hear dance punk take perhaps its earliest steps. But those few instances aside, Double Nickels on the Dime largely remains uncharted territory. It somehow continues to hover on its own plane of existence.

Zen Arcade and Double Nickels on the Dime are the kind of records that force you to consider revisionist history. You find yourself asking what would have happened if they didn’t reach as far as they did? Would there be a Green Day or Nirvana? Would we have the Pixies? What else would have been lost if the Huskers and the Minutemen hadn’t chiseled at the rock and found another way? We’ll check back in another 30 years and see.