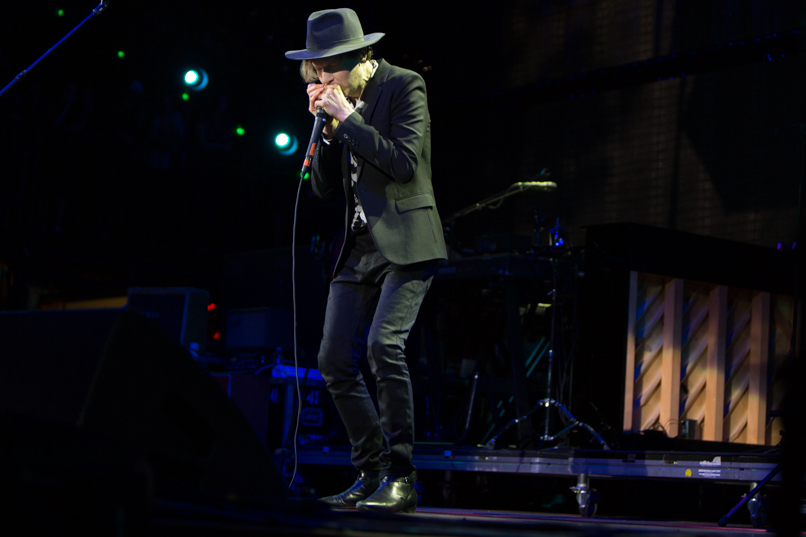 Last week was marked by a couple of impressive career firsts for rapper-turned-traveling-troubadour Beck. Not only did he open his own show in Detroit, but during his set at the Montreal International Jazz Fest just days prior, he covered Prince’s seminal “1999” for the first time.

Much like his recent cover of Arcade Fire, the resulting number was rather short-but-sweet, with Beck and his band paying an equally funky and sensuous homage to the Purple One. Perhaps most entertaining, though, was the killer dance moves Beck delivered throughout. Man, throw in some juggling, and he’s practically a one-man show.

Watch fan-shot footage below (“1999” starts about halfway in):

In related news, it appears Beck’s sheet music “album”, Song Reader, may be coming to CD. As The Future Head points out, Amazon has a listing up for pre-order, with a release date of July 29th via Capitol. The album, which Beck wrote in the aim of having others “bring to life”, was performed last July during a star-studded Hollywood concert.