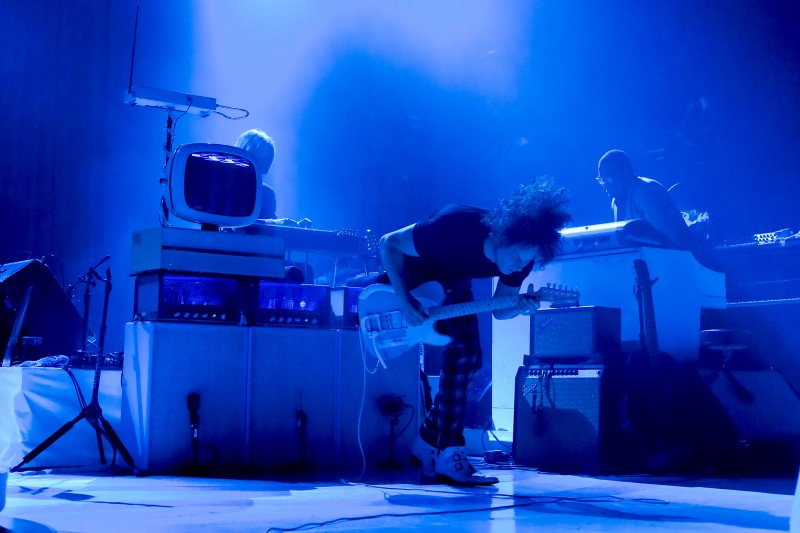 In the last week alone, we’ve seen Jack White cover Metallica’s “Enter Sandman” and Kanye West’s “Black Skinhead”. During his show in Paris on Monday night, the Third Man Records head again showed off his impressive musical repertoire with not one, not two, but six different covers worked into his 27-song set.

White worked in the lyrics of The Police’s “Message in a Bottle” to his performance of “Steady As She Goes” and briefly covered Talking Heads’ “Psycho Killer” during “Seven Nation Army”. He also tackled Bob Dylan’s “Isis” and Robert Johnson’s “If I Had Possession Over Judgment Day”, two songs which he hasn’t played since his days in The White Stripes. And if that weren’t enough, he tried his hand at Howlin’ Wolf’s “Smokestack Lightning” and Dick Dale’s “Misirlou”.

Watch a series of fan-shot videos and see the full setlist below.

“If I Had Possession Over Judgment Day”: