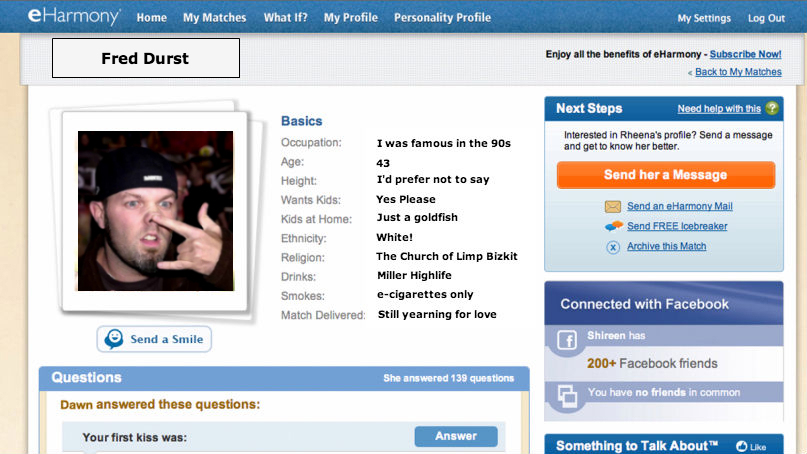 A few months back, it was revealed that Limp Bizkit frontman and occasional director Fred Durst’s next cinematic endeavor would be to helm a commercial for the dating site eHarmony. (I couldn’t make this stuff up if I had even 1,000 monkeys with 1,000 typewriters.) Today, the first in a series of new TV spots has made its way online for a trial run, and it doesn’t disappoint one bit.

The 30-second ad features eHarmony CEO Neil Clark Warren interacting with a couple of adorable little kids about using eHarmony. Sadly, there’s no red Yankee caps, Wes Borland-esque facepaint, nor an appearance by Lindsay Lohan. There is, however, an awesome joke about old people and two small children being used as props in a corporate advertising scheme. If you’re in dire need of an end-of-day pick-me-up, it’s all you’ll need; I seriously watched it five times in a row while cramming cheddar cheese popcorn down my gullet.

Watch the ad below (via Complex):