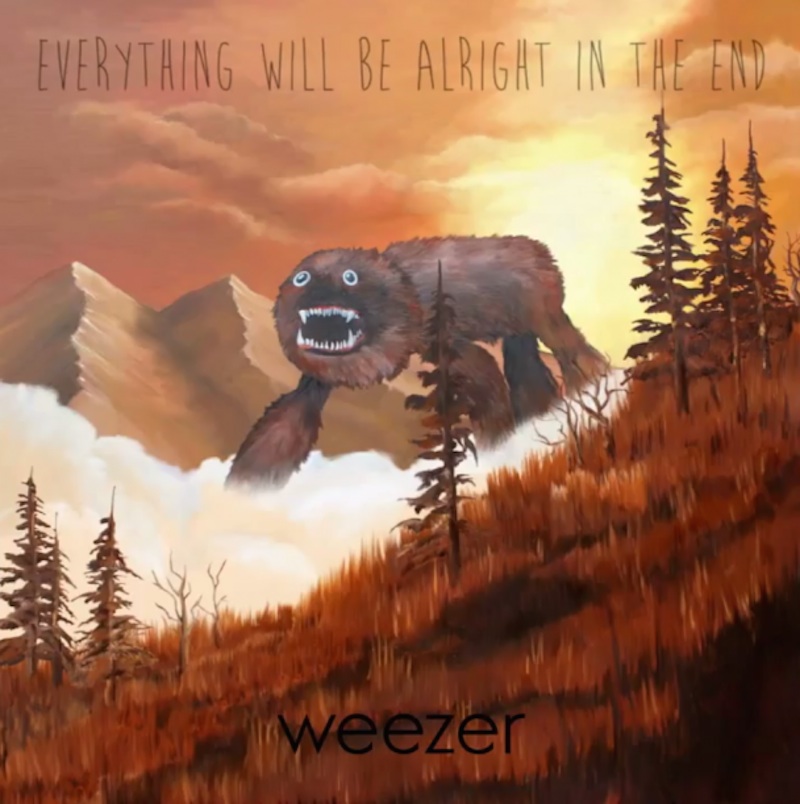 Weezer have slowly but surely been revealing details of their new album, using each “Weezer Wednesday” to share a new tidbit regarding the follow-up to 2010’s less-than-desirable Hurley. Already we know of the album’s title (Everything Will Be Alright In The End) and album artwork (see above), plus we’ve been privy to a few snippets of new music. Today, the band has announced a September 30th release date for the album, and also previewed a song titled “Return to Ithaca”, which you can hear in the video below.

Meanwhile, in a new interview with EW.com, Weezer offered a few choice quotes on the album’s sonic direction. As Everything Will Be Alright… reunites the band with The Cars’ Ric Ocasek, who previously helmed The Blue Album and The Green Album, the band is reverting back to a more classic sound. Drummer Pat Wilson explained, “If you took the Pinkerton band and then play all the other records—that’s what we sound like now. Bombastic, loose, kind of booming. This record sounds like it’s going to have the tight structure of Blue Album with a little bit more abandon like Pinkerton.“