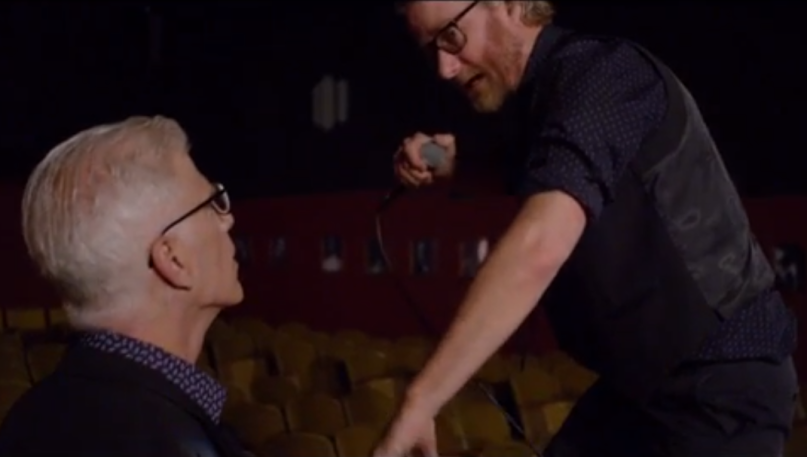 The latest comedic feat from the gods at Funny or Die comes in the form of a faux theater production inspired by The National’s recent documentary, Mistaken For Strangers. None other than Ted Danson has been cast to play The National frontman Matt Berninger, while Zach Galifianakis tries to win a Tony playing the role of younger brother Tom. The corresponding documentary is posted below and sees the two actors getting some performance tips from the real-life Berninger brothers, including how to properly walk across a seated audience.