A frank statement on the dualism between love and lust, reality and fantasy 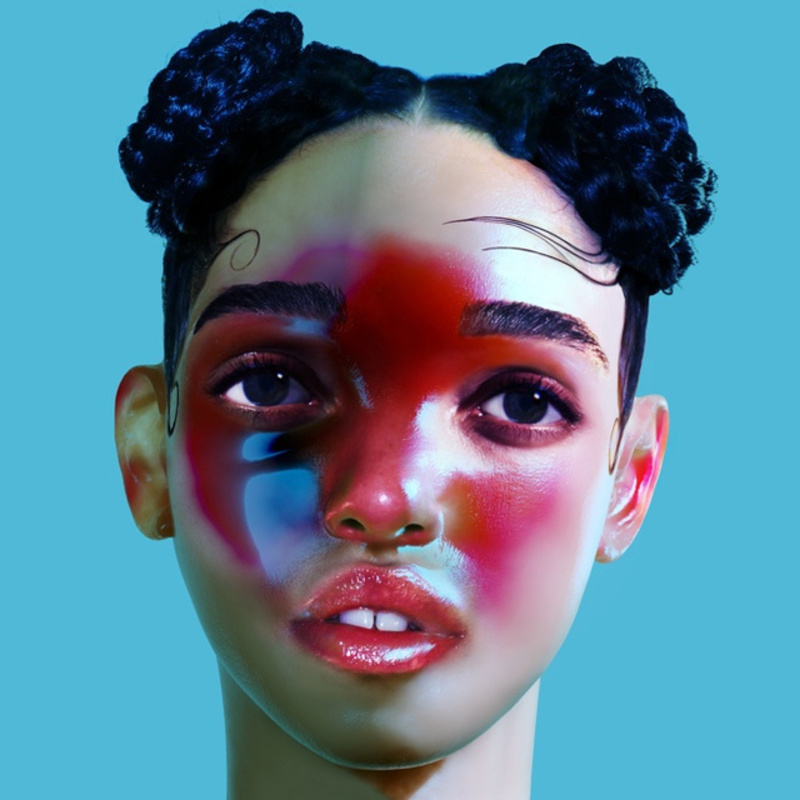 To live is to want. The process of doing so doesn’t get any easier with the knowledge of this facet of human nature. It’s one of those things that can never be succinctly and completely explained. Not through religion, science, common sense. Nothing. What’s more, coming to grips with desire and all of its complications gradually becomes difficult: There’s a profound difference between wanting after-school Twizzlers and, later in life, human connection — physical, romantic, and everything in between. To desire is to struggle, and great art comes not through explanation, but expression.

FKA twigs, once known as a go-to video dancer (Jessie J, Ed Sheeran, Kylie Minogue), has made that transition to one of the most compelling and complex acts in R&B. If she was testing experimental limits with her first two EPs, LP1 finds her eccentricities and emotional rawness fully realized. Her recorded persona now feels closer to her onstage persona. Watch a video of her. Take note of the fluidity of her body movement and the confidence radiating from her as she performs. The album’s layered production varies from lush to lucid, but it all bends to twigs’ whim. While a number of her contemporaries poeticize the desire to feel free in wanting, twigs’ constantly warped vocals mark her as a flawed omnipresence. She’s free as she juxtaposes lustful indulgence (the likes that reveal the whites of eyes in orgasmic joy) and the constant attention to the unavoidable doom of experiencing loss. LP1 is beautiful and devastating in equal measure, and it’s all foreshadowed by the album-opening “Preface”. She quotes a line from Sir Thomas Wyatt’s poem, “I Find no Peace”: “I love another, and thus I hate myself.” A chorus of voices repeats the line, part meditative, part mournful resignation.

A majority of LP1 focuses on those beauties and tragedies of desire. What makes it a thoroughly compelling listen is its kaleidoscopic focus on the feeling’s multiple dimensions. “Lights On”, a song less about fucking with the lights on than a commiseration of physical vulnerabilities, finds twigs twirling in an emptiness softly touched by a xylophone-like riff. It then transforms into something entirely different: a sonic carnival carried by a smoky bass line and a slightly superfluous but adventurous eastern bridge. “Two Weeks” is pretty blunt in its intentions: “I know it hurts/ You know I’d quench that thirst.” The single came accompanied with a video that portrays twigs as a goddess. Although it’s worth a viewing, you don’t need it to grasp the extent of her sexual autonomy. The natural range of twigs’ voice isn’t necessarily a wow factor, but there’s a certain mysticism in its softness that makes it convincing. That’s true whether she’s lusting (album closer “Kicks”), merely peeking at sexuality with a childlike curiosity (“Hours”), or recalling her biography (“Video Girl”).

“Video Girl” is a comedown from easy highlight “Pendulum”, which appears at the middle of the tracklist. Emotional depth is spread evenly throughout LP1, but “Pendulum” feels particularly singular; twigs’ charm and allure is more potent, as the soaring hook takes the listener to ethereal realms. Tropical staccato guitar and orchestral sounds intensify without becoming overly maudlin. This is not to elate, but to crush: “So lonely trying to be yours/ What a forsaken cause/ So lonely trying to be yours/ When you’re looking for so much more.” Throughout, twigs’ character is never a victim in the search for connection. The addition of the second line in the chorus implies a sort of masochism, but at the same time, there’s a deep sense of loss. Separating reason and human nature isn’t that simple.

LP1 isn’t anything revolutionary; it’s a frankly expressed project focused on the dualism between love and lust, reality and fantasy. “Give Up” is the most euphoric and optimistic of the 10 tracks. Over aquatic production and colorful synths, twigs coos about the possibility of a relationship that could persevere. We don’t get a payoff. We just get twigs resolving to touch herself in her lover’s absence on “Kicks”. And then silence.