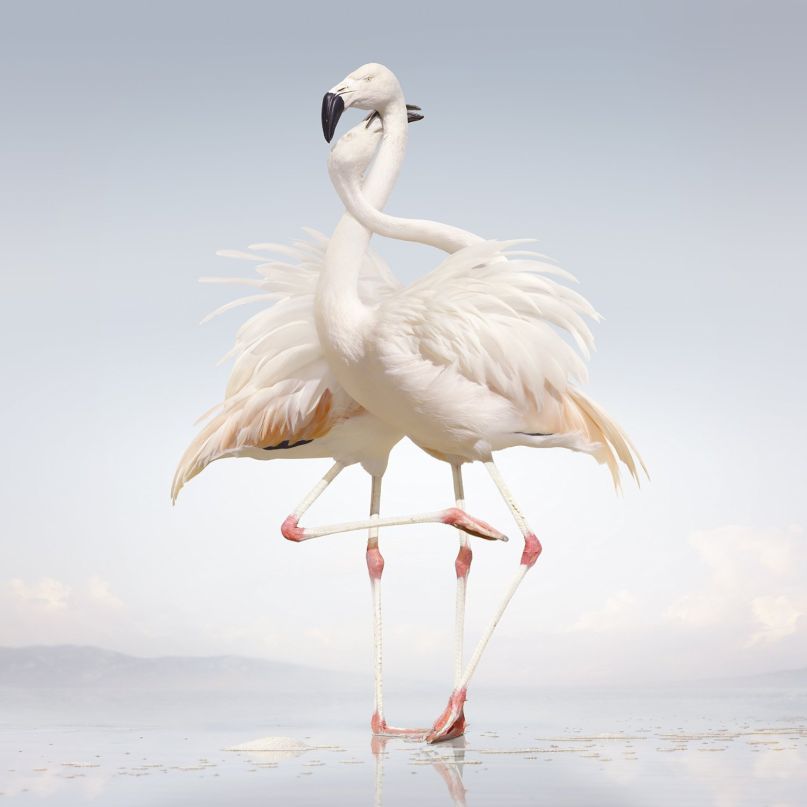 Despite the slow-rolling bass lines and Danny Brown cred, Green Language is not a clever ode to the sticky icky. Also known as the “Language of the Birds”, the “Green Language” is a piece of centuries old folklore about mythical/divine avian-man communications. Rustie’s fascination with the belief is much deeper than the symbolic intertwined flamingos on the cover of his sophomore LP and its intermittent squawk samples; for the Scottish-bred producer, music is “a direct language that doesn’t let you get muddled up.” The statement seems to arrive in jest coming from the prolific tastemaker, whose debut, Glass Swords, was praised for its dizzying layers of distorted vocals, wobbly bass lines, and contorted, uplifting melodies. But it’s this cacophony of textures that strips the listener from the world around them, pinned instead to the world of electronic euphoria that Rustie has erected. Admittedly shy, Rustie has connected with bass junkies the world over through his eclectic sets. And, owning up to a “really bad taste in music,” which includes a fondness for Yes and underground Detroit techno, Rustie’s low-end explorations have always found their own route alongside other influential instrumental hip-hop contemporaries like Machinedrum, Hudson Mohawke, Gaslamp Killer, and Blockhead.

This new 13-track offering follows much the same contours as his DJ sets, commencing with a triumphant march and wrapping with the organic ambiance of “Green Language”. The intervening tracks span the last few years of low-end theories, a result of Rustie’s aptitude for breaking new tracks and styles — a trait which has made the producer a favorite among fringe-electronic labels. This establishes a sense of familiarity among the flurry of motifs, but at the expense of sonic evolution. The epic build of the album, “Workship”/”A Glimpse”, hearkens back to the thematic intro of The M Machine’s 2013 Metropolis Pt. 1, while swaying to the digitized raindrops among “Paradise Stone” brings fond memories of Bonobo’s Black Sands. Marking the mid-set cooldown is “Tempest”, a single that rests on the diminutive pole of bass music. Akin to Bassnectar’s “Butterfly”, “Tempest” offers a moment of candid introspection during all the hysteria of a club experience.

As a whole, the solo productions of Green Language lack the immediacy that has taken hold of EDM; however, that energy is supplied in excess by the album’s guests vocalists. During “Up Down”, D Double E bruises an alarm-triggering bottom end with his incendiary delivery. The verses are rudimentary (“What goes up, must come down/ Like the Titanic it must go down”), but Rustie is well aware that lyrics mean little in the booze-soaked club setting. Despite being the biggest name on the album, Danny Brown does little to add any real substance to the sequence of hip-hop singles that lines the core of the album. “Attak” follows in the bombastic form of former Brown/Rustie collabs (“Side B (Dope Song)”, “Break It (Go)”, and “Way Up Here” from Brown’s Old; Brown simply relies on more raunchy lines full of unintelligible references to booty and bud. At this point, Brown is becoming a caricature of his former self when stumbling through Rustie’s beats. The vibes are much less frantic during the Gorgeous Children-featuring “He Hate Me”; the instrumentals sparkle like a bottle of Perrier, but the flow of the up-and-comers cuts like a hot knife right through one’s remaining heartstrings.

The latter half of the album is an exercise in R&B-leaning future bass. Gone is the angst of Brown and D Double E, replaced by the positive energy that pulses through the upper register of “Velcro” and the soulful meanderings of “Lost” courtesy of British Auto-Tuned crooner Redinho. “Velco” and the female vocal-driven “Dream On” do more to infuse today’s club scene with emotional power and connection than anything in Porter Robinson’s recent Worlds release. As the blissful waves of “Lets Spiral” take hold, it’s hard to believe that the same producer also created the dysfunction underlying the earlier chaos.

The transitions are not totally void of a connection. Dabbling with the guitar as an early teen before turning to remixing and production duties, wandering riffs bring the album together, a style that further differentiates Rustie from his digital-only peers. Following the torrent of chimes and stuttering percussion rolls of “A Glimpse”, Rustie introduces just a snippet of indie rock before settling into the trapstyle of “Rapture”.

Not all DJs can be producers and vice versa. Rustie’s trendsetting ability is rivaled by few, but that hasn’t translated into an equally challenging full-length endeavor. Rife with DJ-friendly singles, Rustie’s career has remained close to his established trademark: shimmery, if often bombastic melodies, uplifting hooks, and a love for underground hip-hop. The language is divine, the vocabulary just needs to be expanded. For fans of beats, the album is optional, but a live Rustie performance remains mandatory.