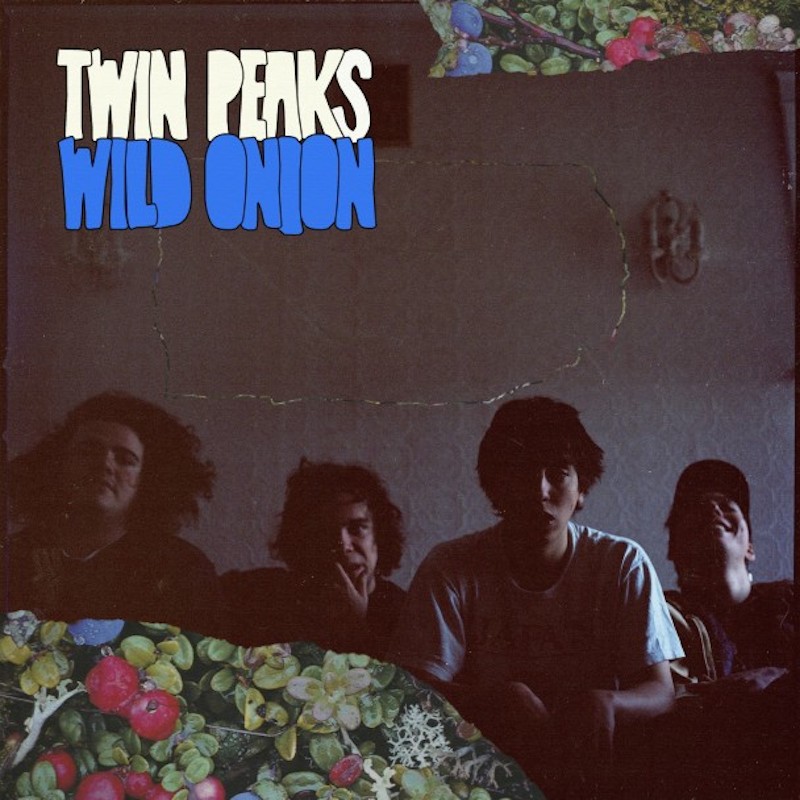 To be fair, they warned you. In a January interview with NME, Twin Peaks revealed that they were going big on their second album, Wild Onion. This was a good six or seven months before the album’s release date, but the band wasn’t shy about name-dropping some pretty powerful reference points. “It’s all over the place,” the band teased about the new record. “It’ll have some balls-to-the-wall Stones shit, some Beatles-esque arrangements and production, some Beach Boys vibes, some Jay Rea bangers … It’s gonna be rad. We’re psyched for everyone to hear it.”

At this point, eyes instinctively roll whenever bands carry on about the Beatles or Stones, even for a group riding a wave of well-deserved hype like Twin Peaks. The band has emerged as one of the buzziest of buzz bands to rise to the surface of their native Chicago in recent years, and not for nothing, either. Sunken, their 2013 debut, was a sharp collection of textured indie pop from a group of dudes that, although barely out of high school, seemed wise beyond their years musically. But still, listening to a rambunctious band of upstarts talk about taking on the Beatles, Stones, and Beach Boys sounded like a gargantuan step that they might not yet be ready to take. Like a dad lending his kid the keys to the Porsche, it sounds like a fun ride, but you wonder if they’re ready for the responsibility that comes with it.

It takes little more than a cursory spin of Wild Onion for those concerns to sputter out. Rather than trip over their lofty sources of inspiration, the band rises to the challenge with a solid and diverse collection of tunes that run the pop rock gamut. Twin Peaks weren’t lying when they said they liked the Beatles, Stones, and Beach Boys, but you also come to find out they’re knee-deep in a whole host of other shit, too. It’s not hard to pick up on the effortless Britpop cool of Supergrass, whose “Pumping on Your Stereo” runs roughshod through the veins of opener “I Found a New Way”. There’s also courteous nods to Big Star’s classic power pop, a few wake-and-bake pop gems, and some ragged garage pop thrown into the stew as well.

If that all sounds like a lot to get your hands around, it is. But Twin Peaks’ saving grace on Wild Onion is their resistance to overcommitting to any one influence. Instead, the record threads its generous tastes together almost seamlessly into a catchy pop rock bundle. It bobs and weaves, moving from charmingly blissed-out ’60s pop (“Mirror of Time”) into snotty Pet Sounds send-ups (“Sloop Jay D”). It blitzes its way through surf-tinged garage rock fits (“Fade Away”) only to find its way to leisurely boy-girl guitar pop (“Sweet Thing”) without worrying about making the transitions. They hug the turns but make them with ease. The Porsche is intact.

In the end, sequencing plays as much a role in the album’s success as the songs. The record’s cross-section of overlapping sounds and styles is buoyed by its layout. By scattering the louder tunes from the delicate ones and the moodier, more ambient songs from the rowdy rockers, the band keeps listeners on their toes. Even after two, three, four listens, you never quite remember what comes next, and that keeps the record from tiring and running its course. It’s another flavorful attribute the band can use to pad its resume. Not only can they pen a crafty pop rock song, but they know a thing or two about presentation as well.

The lesson here might be to never judge a band by its age. With just two records to their credit, Twin Peaks are quieting dissenters who might have thought they were too young or too brash to use the riches of ’60s and ’70s sounds to their scrappy advantage. Rather than a barrier, the band’s youthfulness might be their biggest weapon. They’ve (hopefully) got years ahead of them still, and listening to Wild Onion just makes you hungry to see what else they have in store.

Essential Tracks: “I Found a New Way”, “Mirror of Time”, and “Fade Away”