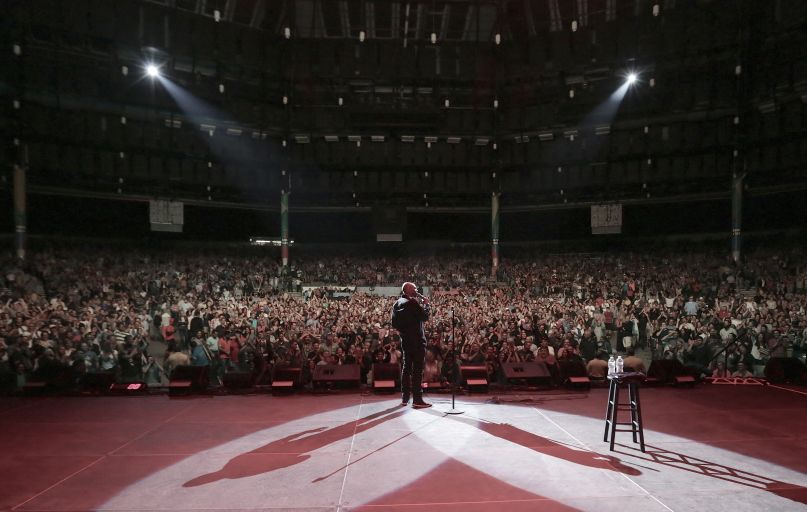 One year to the date of his infamous on-stage meltdown, comedian Dave Chappelle returned to Hartford, Connecticut on Saturday night to deliver a surprise performance at the Oddball Comedy Festival.

Last year’s performance marked Chappelle’s return to the stage following a lengthy hiatus from stand-up. However, his set was dogged by hecklers, prompting Chappelle to end his performance and instead mock audience members, smoke a cigarette, and read a book on stage.

He later vowed never to return to Hartford. He also said that “if North Korea drops a bomb on this country, I swear to God I hope it lands on Hartford, Connecticut, onstage at that fuckin’ arena.”

Yet, last night, Chappelle ended his boycott early. “Unbelievable. I did not ever think I would come back to Hartford again,” he said upon taking the stage at the Xfinity Theatre. “It was a year ago tonight, I had 364 nights to think about that fatal night, one year ago. … I was really immature about what happened.”

He also quipped, “Right after I left, I’m sorry I did this, I made T-shirts that said [expletive] Hartford. I’m sorry I did that. And I hate to tell you that they were very good sellers. I got a lot of Internet orders, from Hartford, that was a surprise.”

By all accounts, the rest of Chappelle’s 16-minute set went off without a hitch, as he poked fun at last year’s performance and the subsequent aftermath, while also making jokes about sexuality, drugs, and celebrities.