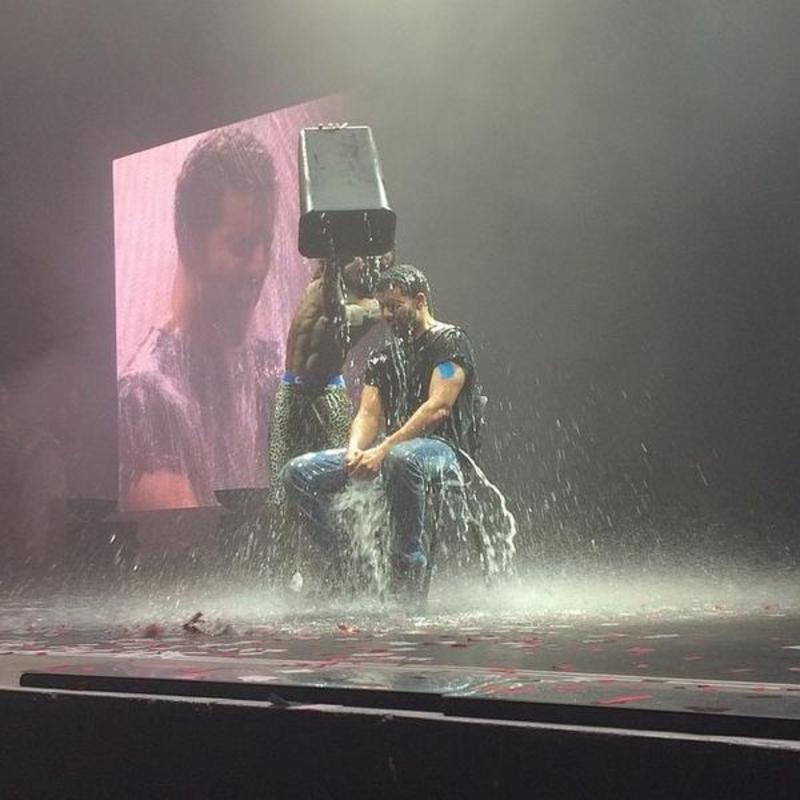 Photo courtesy of Word On Road

Over the weekend, a number of notable musicians took the Ice Bucket Challenge to raise awareness for ALS (aka Lou Gehrig’s Disease). Everyone from Pearl Jam’s Eddie Vedder and Mike McCready to “Weird” Al Yankovic to indie rockers Cage The Elephant have all gotten soaked in the name of charity.

On Sunday, Drake added his name to the list, taking time amidst the “Lil Wayne Vs. Drake” tour stop in Pittsburgh in order to heed the call. So, just who did Drizzy nominate to take the plunge next? None other than Beyoncé, who now has 24 hours to either take the challenge or donate money to the ALS Association. Your move, Queen Bey.

Drake took off his shirt following the challenge, which this writer believes is a pretty solid attempt at finally getting ahead in the tour’s running tally. Also, I would be remiss if I didn’t make the following joke: “Drizzy? Looks more like a torrential downpour to me.”