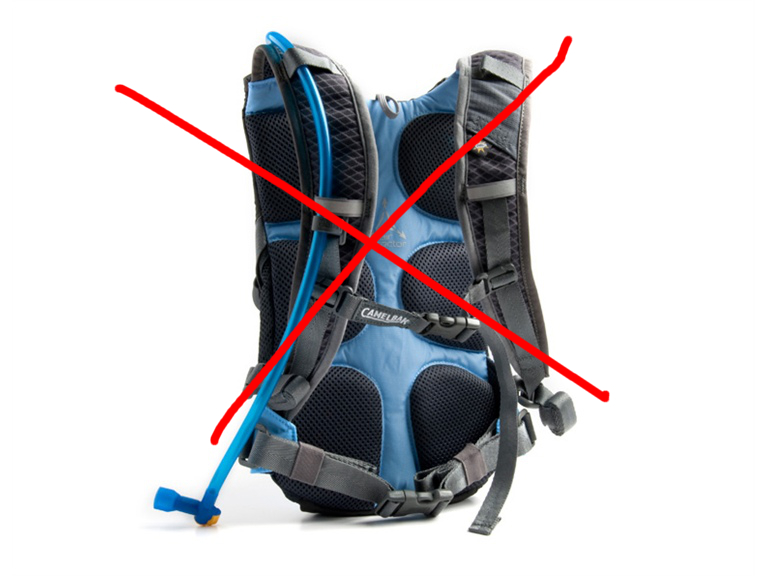 New York City’s Electric Zoo is continuing their safety push following the tragedies of last year’s event. Already they’ve required attendees to watch a PSA on the dangers of MDMA, instituted background checks for all festival vendors and employees, hired more undercover police officers on-site, and added drug-sniffing dogs. Now, in their latest effort to provide as safe an environment as possible, they’ve banned the use of CamelBak water packs.

Response to the policy change has been largely negative, with many Facebook commenters critiquing the festival for restricting access to water. “Concertgoers are paying TOP dollar to take part in this festival,” said Facebook user Stefan Stankevich, “and now half of everyone’s experience will be spent waiting in a water line because no one will have the ability to store water. This is ridiculous.” Stefan was one of many who suggested the idea of a separate line at the entrances where CamelBak bladders could be emptied and rinsed by staff members, or free water bottles instead of the cups.

Facebooker AshLey Santana noted that those who camp out for their must-see act are at a special disadvantage. “So when I’m up front row, waiting hour for my favorite artist, are you guys going to bring me water??? I’m sure your cup doesn’t hold a liter of water to hydrate me for hours.” Kevin Jorge, meanwhile, pointed out the ecological downside, saying, “Do you know how many cups you’ll see all over the floor? Just imagine.” He added, “And often times, people with CamelBaks use it to keep people around them hydrated as well, such as their friends, instead of walking all the way out of the crowd.”

Still other users, like Shounak Shah, claimed that CamelBaks aren’t even the more popular methods of sneaking in illegal substances. “Why not ban shoes? People hide their stuff in shoes more than CamelBaks!” A man calling himself Hastag Murtag said there was still a more common, less-controllable location for smuggling. “You know what also can be used to store illicit materials… rectums.” Murtag ended with a warning: “You’ll probably have less of them in the crowd thanks to this ban tho.”