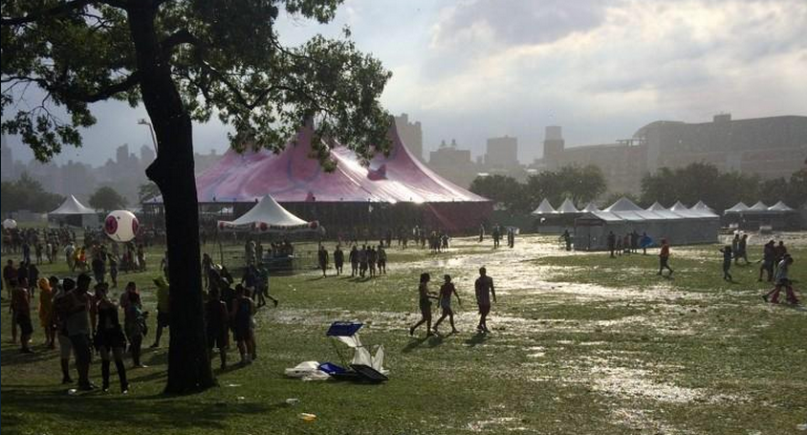 NYC EDM festival Electric Zoo has canceled the remainder of its Sunday festivities due to severe weather. The National Weather Service has issued a flash flood warning for the entire New York City metropolitan area with severe storms expected.

Kaskade, Chase & Status, Bingo Players, and Alesso were among the acts who had their performances canceled.

This marks the second straight year the final day of Electric Zoo was cut short. In 2013, city officials canceled the festival a day early after two festival goers died from drug overdoses and four others were hospitalized. In response, the festival was forced to adopt new security procedures.

.@ElectricZooNY has shut down for the remainder of the festival due to extreme weather conditions.

We apologize to fans, but your safety is our main concern.

Update: THERE WILL BE NO RE-ENTRY. Due to extreme weather conditions, the festival has shut down for the remainder of the day.