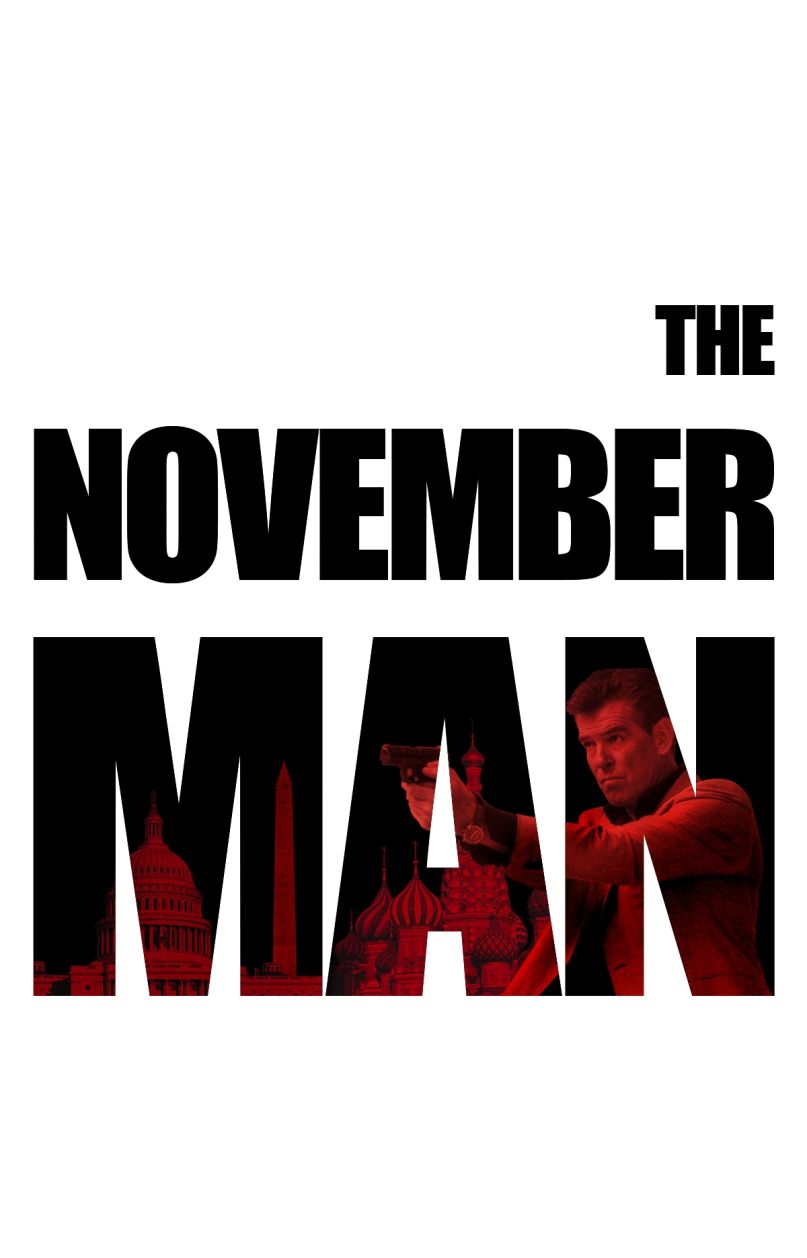 Before I tear into The November Man, I offer the following positive notices:

1) Pierce Brosnan is a more convincing action star at age 61 than Moore (57 in A View to a Kill) and Connery (52 in Never Say Never Again) ever were as Bonds in their latter-day Bond films.

2) The final shot of the film is good.

That sums up any goodwill I can possibly muster up for Roger Donaldson’s The November Man, a movie that plays more as an extended tribute to better spy movies from yesteryear than a standalone thriller of its own. Brosnan is certainly committed to his role, but what role is he playing exactly? His character is as ill-defined and messy as the plot, which alternates back and forth between a formulaic game of cat and mouse and tired international conspiracies in nonsensical fashion.

The plot, as such, finds retired spy Peter Devereaux (Brosnan) called into action once more to obtain sensitive information from an active agent. Events go awry and Devereaux finds himself on the run from the agency he once worked for, his protégé hot on his heels. While on the run, he meets Alice Fournier (Olga Kurylenko) and discovers that she has information which could destroy the political career of a former Russian general and that people from all sorts of governments are trying to kill them both.

Things are not what they seem, and in addition to exposing the truth, Devereaux finds he must contend with pesky aforementioned protégé David Mason. Or is it the other way around? Several times throughout the film, Devereaux seems much more concerned with annoying and manipulating Mason (Luke Bracey) than he does with protecting Alice. Lives could have been saved, threats extinguished sooner, and a shorter runtime achieved had this boring subplot been eliminated early on. “This is humiliating, embarrassing,” Devereaux tells Mason during one particular pointless phone exchange. This observation serves as subtext for the film itself.

As for Bracey, he is Sam Worthington v3 (with Jai Courtney being v2, obviously). Charisma-free with an attractive head to give him lead roles in bad action flicks, Bracey can’t rise above the limp material. His Mason is a hothead with a trigger finger, prone to spouting off bad “you’re just an old man” dialogue in the midst of making poor tactical decisions. He also performs in what may be the most superfluous sex scene to hit theaters since Under Siege 2: Dark Territory.

Bracey’s blandness can’t compare to a subplot taken straight from Quantum of Solace, but if you’re going to rip off such a story line, you may as well hire the lead from that movie to do the dirty work. Kurylenko reprises her role of Quantum’s Camille in the same way Brosnan is playing Bond: the names have changed, but the beats are the same. (I’m aware that The November Man is based on the 1987 novel There Are No Spies, but in movieland the Bond film came first.)

Bad dialogue doesn’t end with Bracey’s character. Brosnan’s Devereaux has to deliver the following lines back to back with a straight face: “Running is better than dead.” “Letting you die was never an option.” Were these rejected taglines for the poster? Were they exhumed from earlier drafts of Skyfall? It’s hard not to place a lot of the blame for the film’s failures on Brosnan, who co-produced the film in what can be viewed as a response to those who thought his Bond films were too light and not hard-edged enough (à la Daniel Craig).

It’s understandable that Brosnan would want to prove himself. Unfortunately for him, any grittiness achieved is undone by a farewell to sensible storytelling. Peter Devereaux may down more alcohol than Bond does martinis, and there may be more boobs and blood, but that doesn’t make The November Man tougher than 007. The only purpose for its existence is potentially giving film students an interesting study in overcompensation.

Get This Mask if Being Home Alone Makes You Want to Scream
You Ain't Got No Business Going Outside Without This Mask
Remembering Eddie Van Halen’s 10 Greatest Riffs
This Pixar Movie Is Skipping Theaters and Going to Disney+
Previous Story
Watch: Usher and Nicki Minaj’s “She Came to Give It to You” video
Next Story
Film Review: Land Ho!
Popular
More Stories
[fu-upload-form form_layout="media" title="Submit Your Photo"][input type="hidden" name="ugc" value="1"][/fu-upload-form]